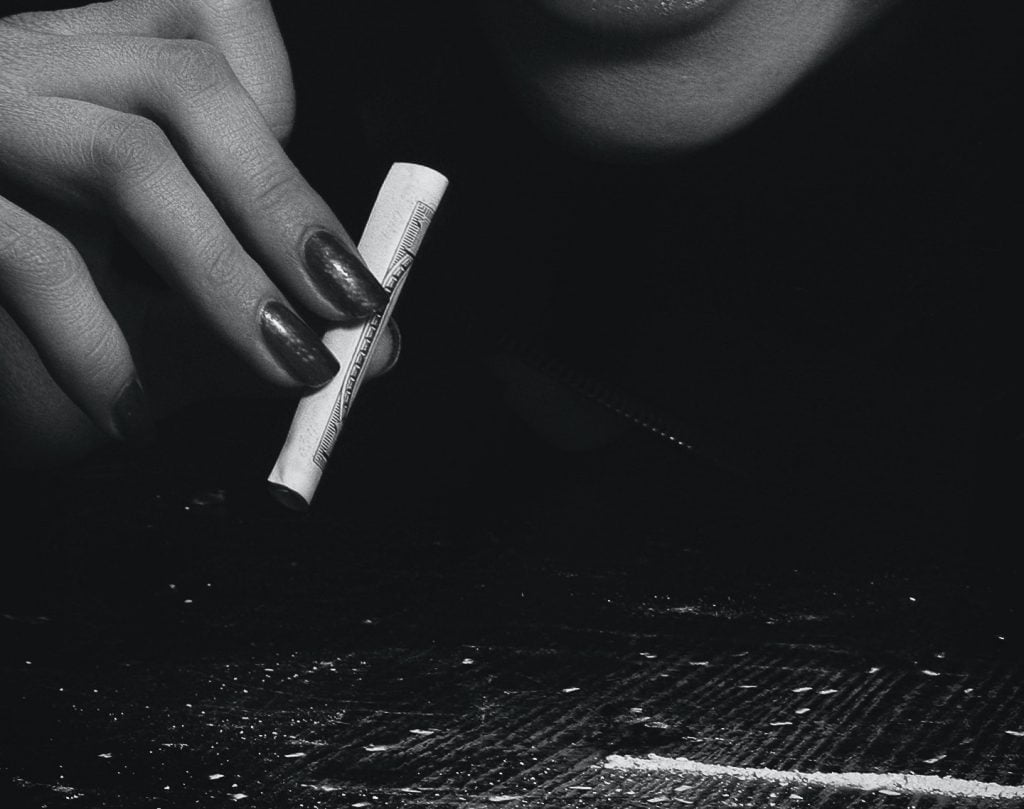 Almost 1.7 million US nationals were fighting cocaine addiction in 2012. Unfortunately, the ratio is increasing day by day. Cocaine and alcohol mixing is an insanely toxic combination. There is a myth that drinking alcohol can help with withdrawal symptoms of false Cocaine.

Adding Cocaine to other drugs or alcohol increases addition. The increment in the number of death due to Cocaine is due to mixing it with other illegal drugs. So, how does the habit started, and what are the side effects of Cocaine with alcohol? Tag along till the very end to know all that is about Cocaine and alcohol abuse.

Cocaine is a powerful brain stimulant derived from the leaves of Erythroxylon coca. It is also labeled as coca scrub; the plant grows in the highlands of South America.

Cocaine is one of the strongest naturally occurring stimulants with the highest addiction potential. In the last 1800 century, surgeons and anesthesiologists were using Cocaine as an anesthetic drug for some minor surgeries.

Cocaine can be used as a medicinal drug. However, scientists ruled it out due to its tendency to develop an addiction.

On the streets, Cocaine is often illegally sold in white crystals or powder form. Sometimes, the dealers mix some impurities to create flavor and gain more profits. Moreover, other drugs like amphetamine, fentanyl, and opioids are also combined with cocaine powder.

Scientists believe that chronic use of cocaine results in creating a solid conscious memory—also, a compulsive desire to seek and take the drug.

Another part of the limbic system is the frontal cortex. In this part, the brain integrates information and a course of action. The frontal cortex acts as a brake to stop the ongoing pleasure experience to avoid its side effects.

When dependency and addiction are at their peak, the frontal lobe fails to prevail over the urges of experiencing the same pleasure.

Let’s look at how Cocaine and Alcohol impact the physical health, brain function, and mental and emotional well-being of an addict.

While the physical and emotional effects of cocaine use vary from person to person, the physical and mental disorders caused by this stimulant are undeniable. Initially, this nervous system stimulant may make the user feel happy and confident, but these sensations are just temporary.

Cocaine affects specific parts of the body after ingestion, ranging from a significant increase in heart rate to changes in brain chemistry and response systems. Cocaine causes the brain to release a lot of dopamine, which affects the entire body and makes it more likely that users will quickly progress from light to heavy use.

Cocaine’s ability to excite the central nervous system causes the body to go into overdrive:

Cocaine can also prevent an addict from getting the rest they need to heal their bodies, making it difficult to recover from their addiction and placing them on a path to physical deterioration.

Cocaine’s detrimental impacts on brain function may render people more susceptible to mental health issues such as severe depression, excessive generalized anxiety, and psychosis, which can be triggered by chemically-induced insomnia and significant changes in dopamine levels.

The majority of people are unaware that alcohol is the most often abused substance in the US. An alcohol use disorder affects one out of every eight adults in the United States, or 12.7 percent of the population. This has been linked to the people’s wish to link alcohol consumption to happy moments.

Whether it’s wine over the holidays, beers with coworkers, or a hard drink after a long day, alcohol consumption has become very common in our culture. The issue is that people have become immune to the negative consequences of excessive alcohol consumption on the mind and body and have chosen to ignore the dangers for unknown reasons.

Too much alcohol consumption, defined as more than two drinks per day for men and one drink per day for women, can result in:

Even a single session of heavy drinking can upset the balance of neurotransmitters in the brain. As a result of drinking alcohol, your neurotransmitters may convey information too slowly, leaving you exhausted. It also has the potential to induce mental and behavioral issues like depression, memory loss, agitation, and seizures.

The European Monitoring Centre for Drugs and Drug Addiction (EMCDDA) states that almost all people suffering from cocaine addiction develop alcohol addiction. Both drugs are associated with nightlife and parties.

Cocaine is snorted and goes to the liver via nasal vessels. On the other hand, alcohol reaches the liver via the portal circulation. When consumed together, Cocaine and alcohol are metabolized in the liver, which results in the production of a neurological toxin called Cocaethylene. It is excreted out of the body by the kidney via urine. However, if Cocaethylene is produced in excessive amounts, it stays inside the body long.

So, mixing Cocaine and Alcohol is never a good idea. When both substances are taken at the same time, they can cause more harm than when they are taken separately.

Moreover, people suffering from mental or emotional stress are more prone to develop an addiction. People with bipolar disorder and schizophrenia are susceptible to polydrug abuse.

The population with bipolar disorder is addicted to polydrug abuse to tackle painful symptoms.

Mixing Cocaine and alcohol produces Cocaethylene, which may cause the following effects:

The toxicity level of Cocaethylene is 30 times more than Cocaine. These toxins cause cardiac symptoms and cardiovascular problems.

It increases heartbeat and blood pressure. Heart muscles exhaust quickly due to over-excitation resulting in sudden cardiac death. People using Cocaine and alcohol together are at risk of developing cardiovascular issues.

Dangers of mixing Gabapentin and Alcohol

Chronic alcoholism also leads to fatty liver and cirrhosis, which is an end-stage liver disease.

Note: In alcoholics who also use Cocaine, 20% of Cocaethylene remains in the body.

Cocaethylene is responsible for a greater level of buzz and high. This feeling of relaxation and satisfaction is so high that you start using both Cocaine and alcohol together. However, with these simple methods, you can stop doing coke when drinking.

An excellent approach to tackle that situation is finding other engaging activities instead of snorting Cocaine.

You can also focus on generating new healthy hobbies like working out or going for a walk.

The byproduct of Cocaine and alcohol is Cocaethylene. The increase in alcohol and cocaine consumption results in a high level of Cocaethylene.

Moreover, a Brown University study states that people who abuse Cocaine and alcohol together usually attempt suicide within a year of developing an addiction.

The effects of overdosing on Cocaine and alcohol are as follows:

Cocaine is a stimulating drug, which hyper stimulates our system resulting in mental alertness and increase consciousness. Besides that, alcohol is an inhibiting drug that slows down our system, including heartbeat, blood pressure, and respiratory rate.

To prevent cocaine and alcohol abuse, always have a look at your loved ones. Check out the warning signs and symptoms and their habits.

The euphoric feeling after mixing alcohol and Cocaine can be extremely dangerous. It can cause compulsive and irrational behavior. Drug-seeking behavior is also linked with cocaine abuse.

Always know that accepting the addiction behavior and seeking medical help is no shame. It takes a lot of dedication and devotion to get it. Make sure to help your loved one or any neighbor fighting the cocaine and alcohol addiction.

Put your part into making this society a better place by spreading awareness of cocaine and alcohol addiction.