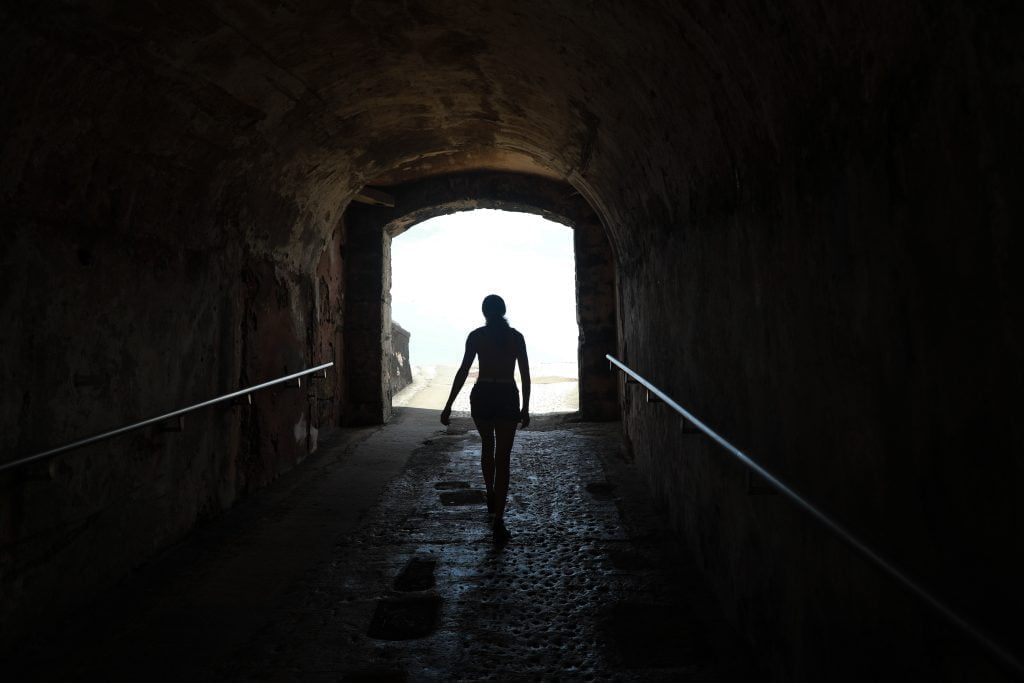 For people with borderline personality disorder (BPD), life is similar to a rollercoaster ride, not only in terms of their unstable relationships and emotions but also because of their wavering sense of self. Their goals, self-image, and basic likes and dislikes are prone to changing frequently, and in ways that may feel unclear or confusing. Such people are usually extremely sensitive; even the smallest things can trigger the most intense reactions in them, and once upset, people with BPD can be difficult to calm down.

The excessive volatility, overwhelming emotions, and impulsiveness, along with many other issues, constitute a spectrum of borderline personality disorder symptoms that can sometimes be very difficult to recognize, despite being visibly clear. However, catching these symptoms and commencing an appropriate treatment plan is necessary to help people struggling with BPD regain control of their feelings, actions, thoughts, and life.

Mentioned below are some of the most common characteristics of borderline personality disorder that a person diagnosed with this condition may exhibit:

Many people fighting borderline personality disorder are terrified of being left alone or abandoned. Even something as minor as a loved one coming home late from work or going away for a meeting may trigger intense fear in them. What follows is a prompt and frantic effort to keep the other person close, which may involve begging, being clingy, fighting, or even tracking every movement of their loved one. Unfortunately, all these efforts do the very opposite of what people with BPD are trying to accomplish by pushing their loved ones farther from them.

Most relationships between people with borderline personality disorder are short-lived and intense. They may fall in love quickly, believing that every new person will make them feel whole, but they are disappointed very quickly. For them, their relationships are either horrible or perfect without any middle ground. The family members, friends, and other loved ones of a person with BPD often feel like experiencing emotional whiplash due to their rapid swings from idealization to anger, hate, and devaluation in relationships.

When someone develops borderline personality disorder, their sense of self becomes unstable. They may feel good about themselves one day but quickly turn to hate themselves a few days later. Such people lack a clear idea of who they are or what they want in life. As a result, they frequently change their friends, values, lovers, religions, goals, aims, and even sexual identities.

Borderline personality disorder often triggers people to engage in sensation-seeking, potentially harmful behaviors, especially when stressed or upset. For example, they may impulsively spend money they cannot afford, drive recklessly, binge-eat, consume alcohol or drugs, or engage in risky sex. These behaviors often help them feel better in the moment but end up hurting them in the long run.

Self-harm and suicidal tendencies are prevalent in people with borderline personality disorder. Such people commonly think about suicide and even make attempts or threats to act on their plans. Some common forms of self-harm for such people include burning or cutting themselves.

Unstable moods and rapid mood swings are extremely common in people with BPD. One moment, they may feel extremely happy and confident; the next, they may suddenly become despondent. The slightest and apparently insignificant things that most people easily brush off can send these patients into an emotional tailspin and perpetuate mood swings that are most intense but pass fairly quickly. For most people, these mood swings last from a few minutes to a few hours.

People with a borderline personality disorder often talk about feeling empty from the inside. They may also believe they are a nobody to an uncomfortable extent and often try to fill this void with unhealthy behaviors, such as using drugs or food.

Most individuals with BPD struggle with a short temper and intense anger. They may also find it difficult to control themselves once something triggers them. Throwing things, yelling, or getting consumed by rage are common characteristics of a typical anger episode.

People with borderline personality disorder also frequently develop suspicions or paranoia about others’ motives or intentions. They may also lose touch with reality, especially under stressful situations, through a phenomenon called dissociation.

Like most psychological disorders, the exact cause triggering borderline personality disorder is unknown. However, experts believe it to be a multifactorial disease that may involve equal contributions from genetics and environmental factors. Some proposed causes of BPD in females and males include the following:

There is enough evidence to suggest that people with borderline personality disorder have specific differences in the structure and functions of their brains. These differences are particularly evident in areas that control emotional regulation and impulse control. However, more research is needed to determine if these changes occur due to BPR or are a part of the cause.

A vital genetic component is linked to the prevalence of borderline personality disorder. The condition appears to run in families, affecting close family members in different generations

Many people diagnosed with borderline personality disorder have experienced a certain negative life experience in the form of neglect, trauma, childhood abuse, abandonment of a caregiver, etc. However, this association does not confirm the presence of BPD in every single person who experiences these experiences.

An expert may give the diagnosis of borderline personality disorder to an individual who has experienced at least five of the following symptoms for a long time:

At a time, experts believed borderline personality disorder was untreatable with very little chance of recovery. However, research has since proven that BPD is treatable, and the symptoms associated with it can be well-managed with various treatment options. Treatment has now become essential given the high possibility of risky behaviors, suicide attempts, and self-harm occurring in individuals diagnosed with this psychiatric illness.

To get control over BPD, it is essential to get help from a qualified mental health professional. Only a professional can help such people live a better quality of life with fewer, well-managed symptoms through consistent treatment. The usual treatment plan for borderline personality disorder includes a combination of medication, psychotherapy, and other modalities. However, the exact components may vary depending on the following factors:

Psychotherapy continues to be the standard treatment for borderline personality disorder. Depending on individual situations, this treatment modality may involve a patient’s close friends, family members, or caregivers. Some common types of therapies proven to be particularly beneficial for people with BPD include the following:

In addition to attending therapy sessions, a mental health professional may recommend medications to treat some borderline personality disorder symptoms, such as mood swings and depressive emotions. Some of the most commonly prescribed medications to treat BPD fall into one or more of the following categories:

People in an active crisis secondary to borderline personality disorder may require more intensive treatments or possible hospitalizations. Inpatient treatment, where a client moves to a rehabilitation center and stays there under supervision until the resolution of their symptoms, is quite standard for people with BPD. Up to 79 percent of such patients require inpatient treatment at least once in life, whereas 60 percent experience multiple hospitalizations to achieve stability.

When does BPD develop?

Most types of personality disorders, including BPD, typically develop in the teen years when an individual’s personality is further developing and maturing. As a result, almost everyone diagnosed with this illness is usually above the age of 18 years. Although the disease can occur in anyone, the following people are more likely to get hit by it:
Individuals with a history of abandonment in childhood or adolescence
People with poor communication skills in family
People with a disruptive family life
Individuals experiencing emotional, physical, or sexual abuse

What are some mental health issues that may co-exist with a borderline personality disorder?

Fortunately, as one seeks treatment for BPD, these co-occurring conditions are likely to improve. However, the reverse may not be accurate in all cases; for example, a person who manages their symptoms of depression may continue to struggle with BPD.

Are people with BPD dangerous?

Borderline personality disorder, or BPD, is one of the most dangerous mental health illnesses that force up to 10 percent of people into psychiatric care while another 20 percent are in hospitals. Many people with this disorder can be extremely dangerous to themselves and have a very high rate of suicidal attempts. Moreover, those with severe dysregulation of their emotional state and perception may also attempt to harm those around them. That said, many with well-controlled borderline personality disorder symptoms continue to live harmlessly for years so there is a significant variation when it comes to deciding if these people are truly dangerous or not.