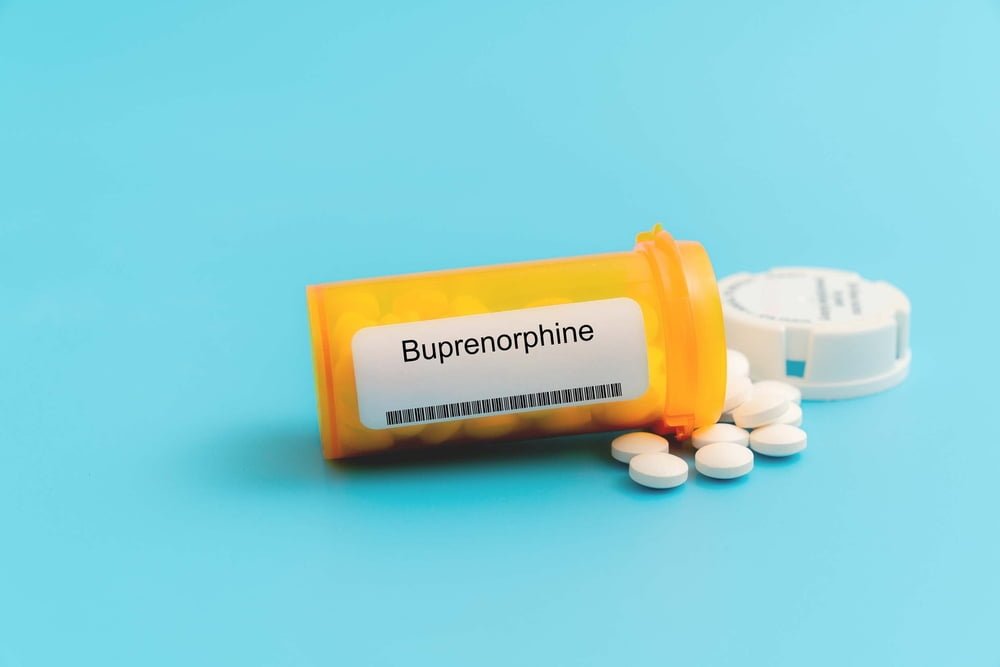 Buprenorphine is a lifesaver for individuals recovering from opioid dependency or addiction. This medication is available in multiple forms, such as Subutex, Belbuca, and Suboxone, and works by successfully blocking the effects of opioids and gradually reducing the cravings to return to the drug. Meanwhile, buprenorphine also provides more time for an individual to adjust to the life of sobriety while solidifying recovery comfortably. For many people, detox medications like buprenorphine work very well in the short- and long-term to prevent relapses. For others, however, these safer alternatives end up triggering addiction themselves.

Since buprenorphine belongs to the category of opioids with mild properties and effects, the danger of dependency may gradually emerge, especially with its long-term use. Unfortunately, these long-term effects were not known to the FDA when it approved for use in 2002. Because of its very long half-life, buprenorphine can quickly build up in the system, contributing to the risk of a chemical dependency.

It is important to remember that not all buprenorphine addiction and withdrawal occur due to its use as a part of opioid addiction recovery assistance. Some people also use this drug illicitly to achieve a recreational high. Regardless of whether one uses buprenorphine legitimately or recreationally, addiction or dependency requires proper detox and treatment. This prompts a somewhat important question, “what are the common buprenorphine withdrawal symptoms and what to anticipate during its detox?”

Once an individual becomes chemically dependent on buprenorphine, ceasing it suddenly perpetuates a withdrawal. As a partial opioid agonist, buprenorphine leads to the same types of withdrawal symptoms that most other opiates produce upon cessation. These withdrawal symptoms might be mild, moderate, or severe, based on the duration of use, daily dose and frequency, and the preferred mode of administration.

During a withdrawal, the body undergoes a lot of pressure and work. Hence, an individual may expect to experience certain physical and psychological symptoms as they undergo a buprenorphine detox. In some people, certain co-occurring mental health issues may also emerge side by side. Some of the most common Belbuca withdrawal symptoms that primarily affect physical health include:

Individuals undergoing Subutex withdrawal may experience a sudden and intense coldness or heat all over the body.

A lot of people undergoing buprenorphine detox complain of feeling physically uncomfortable. Some feel like multiple bugs crawling all over their bodies, while others experience goosebumps from time to time.

One of the most common physical buprenorphine withdrawal symptoms is excessive fatigue that interferes with daily life activities.

This symptom manifests in the form of cramps and pain in different parts of the body.

Most people experience both mental and physical cravings for buprenorphine, especially during the initial few days of detox.

Due to the dehydrating properties of buprenorphine, a lot of people experience sweating during withdrawal. This excessive sweating is also an attempt by the body to remove as much buprenorphine as possible from the system.

Nausea and vomiting are the commonest buprenorphine withdrawal symptoms that can make detox unpleasant for many.

Due to the multiple side effects of buprenorphine withdrawal, many people find it difficult to eat or drink adequately throughout the detox.

Loose stools not only make detox uncomfortable but also increases the risk of acquiring dehydration.

As the body is detoxing itself from buprenorphine, many users find it difficult to sleep through the night. This side effect further adds to other issues that an individual faces simultaneously.

Some common psychological symptoms of buprenorphine withdrawal include the following:

Since the brain no longer has an excess of dopamine to keep the mood pleasant, an individual may feel irritable or moody, especially during the initial stages of Subutex withdrawal.

As the mind attempts to readjust itself to the lack of buprenorphine, many people experience depressive symptoms and even suicidal tendencies.

Feeling anxious when one is learning to live without using buprenorphine every day is completely normal. This symptom typically subsides on its own a few days into detox from Subutex.

In addition to anxiety and depression, withdrawal may cause other underlying mental health issues to erupt and rise to the surface. For example, someone using buprenorphine to numb their traumatic past experiences and memories may develop symptoms of posttraumatic stress disorder as soon as they begin to detox. Similarly, many other people who are silently suffering from other co-existing mental disorders may experience a surge in the intensity of these symptoms.

The duration of buprenorphine withdrawal can vary from one person to another. However, a general overview of its timeline is mentioned below:

During the first three days following the last buprenorphine dose, the withdrawal symptoms usually peak in intensity and severity. After 72 hours have passed, they gradually become less intense. Most people experience issues like nausea, sweating, diarrhea, restlessness, dilated pupils, and watery eyes during this period.

In the first week of buprenorphine cessation, an individual continues to feel cramps and aches within their stomach and in their common areas. They may feel extremely uncomfortable during this time and have issues with sleeping. Mood swings are another common symptom of the first week that comes with bouts of depression and anxiety.

Two weeks into buprenorphine withdrawal, the discomfort and pain are not as severe, but many people continue to experience aches. Depressive episodes may start to set in, and some people may notice a loss of motivation.

After three to four weeks, most buprenorphine withdrawal symptoms are gone; however, some people may continue to experience intense drug cravings. Depression is also a common feature at this stage. Additionally, this period is when an individual is at the highest risk of relapsing.

Buprenorphine detox can be extremely painful and uncomfortable; however, certain steps can be taken to ensure its success. A standard detox program for buprenorphine addiction begins with a detailed evaluation conducted by a medical professional, allowing the rehab center team to determine the best type of treatment required to overcome personal challenges. During this step, a physician may assess how severe an addiction is and formulate a tailored program according to each patient’s needs.

Following the initial evaluation, the process of Subutex detox officially begins. The process is characterized by complete cessation of the drug, and as the body adapts itself to function without buprenorphine, withdrawal symptoms may occur. The intensity and severity of these symptoms largely depend on how much a person is dependent on buprenorphine. During detox, it is important to remember that the body is attempting to shift back to a healthy state, so the process may take some time to finish.

Many detox programs provide patients to avail other treatment options, such as group therapy, one-on-one therapy, and recreational therapy, once their symptoms become mild. The specific regimen for each patient depends on what their treatment team deems appropriate for their overall recovery. Once detox finishes, aftercare begins, which involves several evidence-based therapies to help patients learn how to maintain this newfound sobriety for years to come. This aftercare is crucial as it ensures long-term recovery while minimizing the chances of relapse in the future.

How long does buprenorphine withdrawal last?

Buprenorphine withdrawal typically begins within 24 hours after the last dose. It peaks within 72 hours and may subside within the following few weeks. For most people, the physical symptoms subside within seven days; however, the psychological symptoms, such as cravings and depression, continue to linger for much longer. The severity of these symptoms and the exact duration of time for which they persist may vary from one person to another based on varying factors, like:
The duration of buprenorphine addiction
The dosage of buprenorphine taken every day
The frequency of use
The level of tolerance and dependence built on buprenorphine

Why is it so important to undergo supervised detox for buprenorphine addiction?

Addiction is a dangerous disease that can make the body habitual of any drug to the extent that it cannot function without the drug’s presence. As for buprenorphine addiction, withdrawing from this drug can be extremely challenging and painful physically and psychologically for the body. Most people develop painful withdrawal symptoms that can be difficult to overcome and may lead to relapses if left untreated. Moreover, the withdrawal process can persist for up to a month, during which the body can continue to get damaged due to the associated side effects. As a result, it is always better to undergo a medically-supervised detox process to get rid of buprenorphine addiction. Doing so ensures that the individual safely learns how to live and function without using buprenorphine under the supervision and lowers the risk of developing any complications in the process.

Can I detox from Subutex at home?

A lot of people are interested to know if they can detox from Subutex or buprenorphine on their own from the comfort of their homes. While this option is mainly offered to those who are clinically stable and suffer from milder forms of addiction. Most people who have developed tolerance to buprenorphine are physically dependent on the drug to the extent that they develop uncomfortable and potentially life-threatening side effects the minute they cease its use.
Moreover, abruptly stopping the use of buprenorphine without any professional supervision also leads to multiple side effects and complications. Lastly, detoxing from this drug at home is associated with a very high rate of failure, as most people resort to buprenorphine to resolve the withdrawal side effects. Hence, it is always a good idea to detox at a proper rehabilitation unit where multiple healthcare professionals constantly monitor your progress and symptoms and provide appropriate treatment to make the process as comfortable as possible.