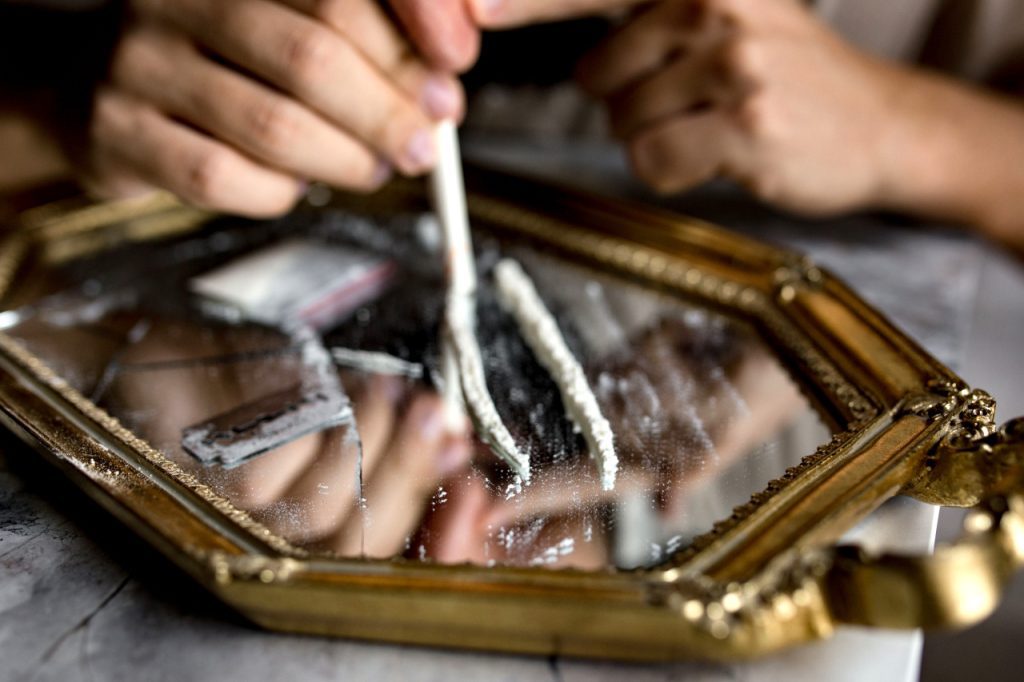 HomeHow long does cocaine stay in your system

How long does cocaine stay in your system

Cocaine or “coke” is a naturally occurring, highly addictive, stimulant drug that is extracted from the leaves of the coca plant. It is grown mainly in the Andean region of South America. It is used as a local anesthetic during medical procedures but has been used widely for drug abuse. It is available as a white crystalline powder and is often mixed with cornstarch or talc to increase the profit margin. It is a common street drug and may also be available in combination with amphetamines or opioids. Most of the cocaine-related deaths occur due to cocaine being tempered with synthetic opioids.

Cocaine Addiction Symptoms and Side Effects

Cocaine can be rubbed on the gums, snorted, injected, or smoked. Freebase cocaine is known as “crack” and is processed to make rock crystal. This rock crystal is then heated and vaporized and inhaled directly into the lungs. It gets its name from the cracking sounds made by the rock as it is heated. Other street names include snow, flakes, twinkie, nose candy, white dragon, and rock.

Cocaine produces an immediate high after its use followed by rapid crash. Within a few minutes of taking the drug, there is an intense feeling of euphoria, mental alertness, sexual arousal, and a feeling of being invincible. However, the user feels low within a short time resulting in panic, depression, and anxiety.

Cocaine disappears rapidly from the body as it has a half-life of only sixty minutes. It means that half of the cocaine will be removed from the bloodstream after one hour. Cocaine is rapidly metabolized by the various enzymes in the liver and blood so most tests detect the metabolites or breakdown products of cocaine rather than the actual drug. Benzoylecgonine is one of the metabolites that is commonly detected by drug toxicology screening tests.

Side Effects of Mixing Cocaine And Alcohol

Tests which detect cocaine in the urine are very accurate due to an absence of cross-reactivity between cocaine and non-cocaine substances. Cocaine may be detected in the urine for up to three days after using it. However, for habitual users who consume a heavy dose, it may be detected up to two weeks after the last dose. It also depends on the kidney and liver function and the age of the patient.

Cocaine may be tested positive in the saliva for up to two days. However, the exact number of days is influenced by various factors including the amount of drug consumed, body weight, metabolism, and how frequently the drug is used. Drinking alcohol may significantly decrease its removal from the body and it can be detected for longer periods.

The amount of time cocaine stays in the system depends on the route through which it is taken and how potent the preparation is. Cocaine may be snorted, mixed in a powder and injected, rubbed on the gums, or inhaled. Cocaine usually shows it’s effects of euphoria and mental alertness almost immediately, giving the users an immediate high. However, the effects are short-lived.

The high from smoking begins within seconds and lasts only for 5-10 minutes. While snorting cocaine, the drug has to be absorbed through the mucus membranes and the high from the drug occurs within 2-3 minutes instead of seconds and lasts up to 15-30 minutes. Injecting the drug into the veins produces intense but short-lived effects when compared to snorting. The “kick” or feeling of euphoria occurs immediately as the drug is directly absorbed into the bloodstream. Factors that influence the time cocaine stays in the body include the following:

The amount of body fat directly influences the amount of time cocaine stays in the body. The higher the body fat, the higher is the time the drug is retained in the body. In the same way, every individual has their own metabolism which may affect the time of elimination. People who use it for an extended period of time tend to retain it longer. The more pure or potent the cocaine is, the longer it stays in the body. Cocaine mixed with flour or talc is retained for a shorter period. It is metabolized by the liver so any problems in the liver or kidneys can affect its metabolism and elimination respectively.

How Long Does THC Stay in your System?

Alcohol and caffeine can both dehydrate the body so it is retained for a longer time while water chugging has been shown to quicken its elimination from the system. The route by which cocaine is used is also important. Intravenous injections and smoking cocaine produce rapid results within seconds with quick elimination while the oral or nasal route produces delayed effects with relatively slower removal from the body. Elderly people have a slower metabolism as compared to young users and will metabolize the drug more slowly.

Blood tests can detect cocaine use for twelve hours but its active metabolite benzoylecgonine can be detected for up to 48 hours after last using the drug.

Are you looking for a luxury rehab program for cocaine addiction?

Can I pass a drug test for coke in 2 days?

Detection of cocaine by testing depends upon the dosage and the potency of the drug. It also depends on what kind of test is being conducted. A urine toxicology test is the most commonly employed method to detect cocaine in the system and is done at a hospital. Cocaine can be detected in the urine for up to three days and in the blood for 2 days.
Hair follicle testing is done rarely but can detect cocaine for up to 90 days. Thinner people generally clear the drug faster compared to people with more body fat. More frequent usage of cocaine, higher potency and purity of the drug, sedentary lifestyle, and increased amount of drug usage may result in a positive test. If you are worried about passing a drug test for cocaine, you should consider getting help for the disorder.

How to get cocaine out of your system fast?

There are many myths and home remedies including using antioxidants and water chugging and all of these claim to increase the rate of elimination of cocaine from the body. However, none of them are proven or have any scientific base. Drinking more water increases the rate of elimination but is not guaranteed to help someone pass a blood or urine test or to prevent transmission to the fetus through the placenta or to the baby during breastfeeding.

It is recommended not to breastfeed for 24 hours after using cocaine. During pregnancy, cocaine can cause low birth weight, increased risk of miscarriages, and premature birth. The only reliable way to flush cocaine out of the system is to stop its use completely and allow the body to eliminate it naturally.