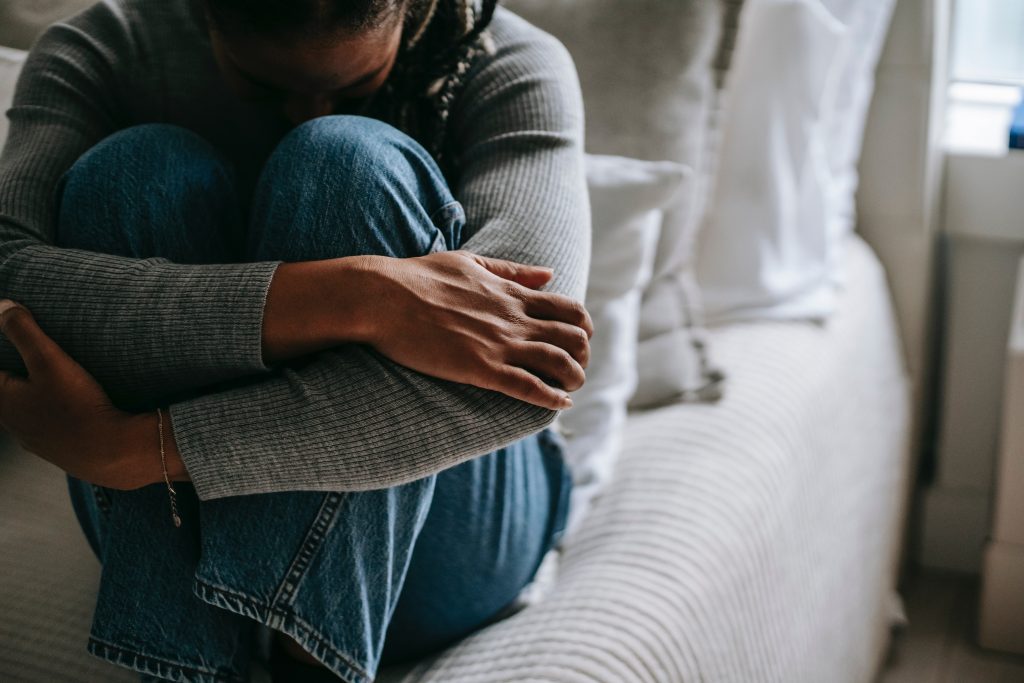 A Mental Breakdown is exactly what it sounds like. A deadly spiral of your mental health downfall! Well at least for some time. Mental Breakdown is not a specific medical diagnosis but is recognized clinically, as a period of intense exposure to stress to such an extent that your mind and body become incapable of functioning normally. Hence, producing a vast range of symptoms at the physical, psychological, and behavioral levels.

In this era of technology and Artificial Intelligence, everything has become a race to become quicker and faster. Sadly, it has also increased the pressure to succeed a hundred times. However, humans are not machines and can deal with stress to a certain limit only. Consistent exposure to stress beyond this limit may result in a Mental Breakdown.

The terms Nervous Breakdown and Mental Breakdown are quite interchangeable as they imply the same definition.

A mental Breakdown is a phenomenon of being unable to cope with high levels of stress to such an extent that normal functioning becomes extremely hard, nearly impossible.

It is not considered a medical diagnosis however the effects produced by this condition are as real as it gets. This is because a Mental Breakdown is not a healthy response by your body in times of stress. It must not be taken lightly as it may also indicate an underlying undiagnosed mental disorder or condition.

When you suffer from a mental breakdown, the symptoms you experience mostly indicate intense exposure to stress which makes you incapable of functioning normally and performing even the basic tasks.

During Mental Breakdown, you may suffer from physical, psychological, and behavioral symptoms.

Following are some of the symptoms you may experience through a Nervous Breakdown:

It has been established that “stress” is the key player in perpetuating a mental breakdown. Therefore any situation, incident, place, or event that produces stress may contribute to the formation of the ultimate mental breakdown.

There is no one particular cause of a mental breakdown rather a series of reasons that may escalate the appearance of a breakdown. This mental breakdown may be of any type. Meaning it may be emotional or psychotic.

Some of these reasons are mentioned as the following:

There are various types of mental breakdowns. Your mental health is not black or white but it is a spectrum of colors.

If any of the aspects of your mental health is disturbed, you won’t feel fresh and feel constantly unhappy.

There are various types of breakdowns, most of which are listed down below:

Emotional Meltdown, as the name suggests, concerns primarily your emotions and the way of expressing those emotions. Having emotions makes us human but they also tend to bring out the vulnerability in us.

Sometimes these emotions overwhelm us to such an extent that the best of us lose control. These emotions then come out messy and all over the place.

In such a scenario a person may cry, scream uncontrollably or be violent with verbal expression.

This is known as an Emotional Breakdown. It is the sudden outburst or outflow of extreme emotions that cannot be contained.

Psychotic Breakdown is a type of nervous breakdown during which you begin to experience symptoms of psychosis. That may occur in the presence or absence of a pre-existing psychotic disorder. In the majority of cases, the psychotic breakdown is linked with a severe mental illness known as Schizophrenia.

During a psychotic breakdown, you are unable to distinguish your thoughts and assumptions from reality. You begin to detach from your surroundings and find yourself secluded. In some cases, you may also suffer from hallucinations, delusions, and/or even paranoia. The hallucinations may be auditory or visual. Meaning you may hear voices, sounds, or see images of objects that do not exist.

Since A Mental Breakdown is no longer considered medical terminology, there are no fixed parameters that would conclude a diagnosis or exclude it.

Therefore, the diagnosis of a mental breakdown mainly depends on you. If you find yourself feeling anxious and stressed out all the time, unable to even get done with the normal day-to-day tasks, then that should get your radar up. You must immediately go and get yourself checked out by a doctor.

This is important because many times your consistent mental breakdowns may indicate a medical disorder. Therefore you must visit a doctor so they can rule out the possibility of a Medical Disorder.

The doctor would help you in diagnosing if you have a mental breakdown by answering your questions and examining you. The doctor is most likely to

Other than stress, there are a few health conditions that might trigger symptoms of stress and lead to a Mental Breakdown.

Some of the known medical conditions associated with a mental breakdown are as follows:

You experience a mental breakdown when you find yourself incapable of the excessive amount of stress being thrown at you. Some people are genetically gifted at coping up with stress and handle themselves remarkably in a high-pressure environment. If you are not one of these people, there is no reason to lose hope. This is because coping up with stress is a skill that can be taught and learned.

You can treat the symptoms of Mental Breakdown with any of the following treatment methodologies. However, it is important not to self-diagnose. You must see a doctor who will guide you to the best treatment methodology for you. This is so because mental breakdowns are caused by reasons that differ from person to person.

Depending on your condition, the doctor may advise you to make some lifestyle modifications to treat as well as prevent further mental breakdowns.

The changes may be subjected to person to person.

If the symptoms are severe or somehow develop a link to mild mental disorders, you may be prescribed medications. These are most often Antidepressants or Anti-Anxiety Medications.

If the doctor believes you need counseling to help treat your Mental Breakdown, they might refer you to a psychologist who will use talk therapy also known as Psychotherapy, as the treatment plan. Cognitive Behaviour Therapy works wonders.

The Health Care Professional will also help you master some of the Mindfulness techniques that you can complement in times of stress and make yourself relaxed to prevent a breakdown.

With only slight changes in your life, you can easily minimize the chances of any future mental breakdowns. Not only this, but you can also lessen the severity of symptoms of a breakdown whilst going through one.

These lifestyle modifications will help you to relax better and won’t let you be consumed in the cycle of being stressed all the time:

You control your mind, not the other way round!

It is natural to become stressed out now and then at your workplace, in your home, or any other area of your life. However, when stress begins to interfere in your life and starts affecting your health, relationships, and peace of mind, it is then when it becomes a problem.

If you find yourself unnecessarily stressing out, drained, and constant fatigue. You might be suffering from a mental breakdown or any other mental condition. Therefore you must consult a healthcare professional and do not hesitate in sharing your symptoms.

Remember, if anything comes up, the quicker it is diagnosed the faster it is treated!

How long does a Mental Breakdown last?

The severity, frequency, and duration, all three parameters for a Mental Breakdown vary greatly from one person to another.

This is because each body reacts differently to different triggers of stress. Some might have a higher threshold than others. Thus all these factors determine how long the Mental Breakdown will last.

However, typically it lasts between a few days to a week.

Do you fully recover from a Mental Breakdown?

Complete recovery from a mental Breakdown is possible however the duration of recovery may vary. Recovery can be sped up by counseling, medicines, and some lifestyle changes.