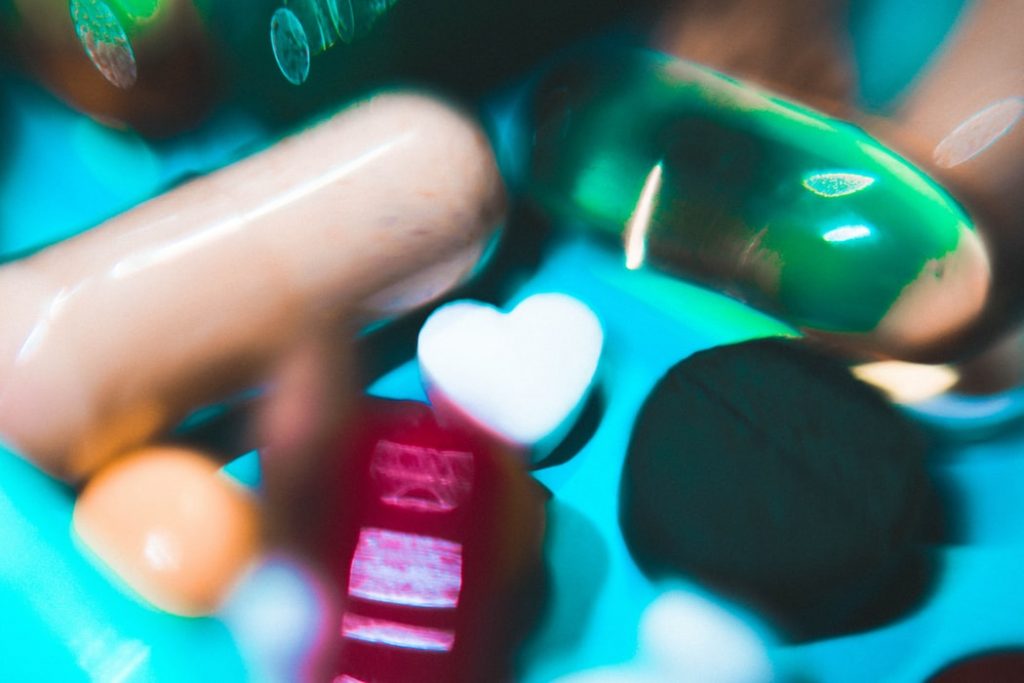 The dangers of Hydroxyzine

Hydroxyzine is a popular prescription drug used by individuals to treat anxiety, reduce itching, or induce sedation before a planned surgical procedure. While it is generally considered safe to use hydroxyzine, many people continue to abuse it without realizing the potential dangers it can bring. In addition to various physical side effects, the overuse of hydroxyzine is associated with addiction.

Fortunately, most hydroxyzine side effects can be remedied or prevented with effort and management. However, to receive timely help and support, familiarizing yourself with these adverse effects is imperative to catch them in time.

The exact side effects of hydroxyzine vary from one person to another, depending on their age, sex, dosage and duration of using the drug, and more. However, most people are likely to get hit by the following consequences:

One of the most common hydroxyzine side effects for sleep includes excessive sedation to the point that it starts interfering with daily tasks. Hydroxyzine may make users feel drowsier than usual, and this sedation is reported to be more severe than that induced by other medications indicated for anxiety. Many people also report having trouble with focus.

People who have just started using hydroxyzine report feeling a little queasy now and then.

Dryness in the mouth and eyes and blurry vision are other commonly reported hydroxyzine side effects in elderly and younger individuals. Using eye drops and maintaining adequate hydration are usually advised to keep them under control.

Hydroxyzine is very much capable of causing abnormal heart rhythms, and its regular intake can also mess with the blood pressure, sometimes lowering it to a dangerous extent. The risk of acquiring these side effects is exceptionally high in people with heart issues.

Some people are allergic to hydroxyzine without realizing it. Consumption of this medication by such individuals leads to a potentially life-threatening hypersensitivity reaction characterized by swollen lips, face, and airway, difficulty breathing, and skin rash. If medical help is not sought in time, death may occur within minutes of ingestion.

One of the most significant side effects of hydroxyzine in women includes its tendency to induce congenital disabilities in developing babies. For this reason, it is highly advised not to use hydroxyzine if you are pregnant or planning to conceive soon. The drug can also enter the breast milk and transfer to the baby’s body during lactation to induce side effects.

While most people consider hydroxyzine a reasonably safe drug compared to similar alternatives, there is always a risk of an overdose. This particular side effect occurs when people try to recover on their own and use hydroxyzine without the advice of a medical professional. The symptoms of a hydroxyzine overdose include:

If you or someone around you who uses hydroxyzine is exhibiting the symptoms mentioned above, seek medical help immediately before it proves fatal.

The recent increase in the number of prescriptions for hydroxyzine indicates its increasing demand. Doctors and patients view it as a medication with lower risks compared to other alternatives like benzodiazepines. Moreover, it is also chosen more frequently because it is physically non-habit forming. However, most are unaware of its tendency to trigger psychological addiction. Additionally, many of them tend to linger on to its use even when they no longer require it just to keep enjoying the euphoria it brings.

There are multiple ways in which people using hydroxyzine may consume it to get high. They may:

The high associated with hydroxyzine is euphoric and can quickly eradicate anxiety, the reason behind its high popularity. However, these benefits are commonly abused by many people who use them to uplift their mood or sedate the brain to satisfy their addiction. In the long run, such addiction can destroy lives, relationships, and careers and take a toll on physical health.

Hydroxyzine has many contraindications due to its tendency to interact with other drugs. Some of these drugs include the following:

The effects of this drug are entirely opposite to that of hydroxyzine.

This medication is also an antihistamine; taking them together may enhance the side effects and increase the risk of an overdose.

Combining hydroxyzine with gabapentin also increases the intensity of the expected side effects. The combination is hazardous for the elderly.

Opiate pain relievers must never be combined with hydroxyzine as the combination may depress the central nervous system, leading to depression and other serious outcomes.

Taking hydroxyzine with alcohol is dangerous as it can negatively affect the functioning of the nervous system. The duo can also impair judgment and make the users engage in risky behaviors.

If you are being prescribed hydroxyzine, don’t forget to inform the doctor about any other drug you are already taking. Refrain from using alcohol or any illicit drug while using hydroxyzine to avoid unwanted side effects.

If you or someone you know has been using hydroxyzine for a long time and frequently suffer from side effects, help is available. The fact that someone continues to use it despite its negative consequences on life indicates a possibility of addiction that requires immediate rehabilitation.

Fortunately, many rehab centers and addiction clinics provide help and support to individuals who wish to come off hydroxyzine addiction. These centers have highly-trained medical staff and addiction specialists who help clients undergo medically-supervised detoxification processes in a safe and comfortable environment. This detox process is often followed by comprehensive behavioral treatment with evidence-based therapies like CBT to break the cycle of addiction and practice long-term sobriety. Once the addiction to hydroxyzine is managed, the side effects are likely to subside on their own.

Do not continue to suffer in silence anymore. Get help today.

Does hydroxyzine make you sleepy?

Hydroxyzine is an antihistamine that can cause drowsiness and sedation in many users. While this effect is helpful for those using it for insomnia, others can get in trouble because of it, such as those whose jobs involve driving or operating heavy machinery. The sleepy effect associated with hydroxyzine can be felt within 15 minutes of ingesting it and may last up to 2 hours in most people.

How long do the hydroxyzine’s effects last in the body?

The effects related to hydroxyzine usually tend to last for several hours after taking it. The exact duration depends on how long the medication stays in your system and its half-life. Half-life refers to the time required by the bulk of the drug to leave your body. In the case of hydroxyzine, this time duration is 14 hours, so by the end of the 14th hour post-ingestion, half of this medication would be out of your system. For most drugs, it takes around five half-lives to altogether leave the system, meaning that a particular dose of hydroxyzine would remain inside your system for up to 70 hours after your last dose.

Are there any precautions to observe before taking hydroxyzine?

Women must not take hydroxyzine during pregnancy as it may lead to congenital disabilities in the developing baby, particularly during the first two trimesters. Moreover, this medication is also capable of putting a strain on the heart and inducing potentially life-threatening changes in the heart rhythm. To be safe, people with a pre-existing medical condition or those already taking prescription medication must talk to a doctor before commencing hydroxyzine.

Does hydroxyzine cause weight gain?

Weight gain is yet to be reported as a common side effect of hydroxyzine. However, if you are concerned about weight gain while using hydroxyzine, talk to a doctor about the possible causes and how to manage it in healthy ways.

Do the side effects of hydroxyzine affect older people more than younger ones?

Yes, certain hydroxyzine side effects in the elderly tend to be more pronounced or intense than in younger individuals. The reason is that older people usually suffer from co-existing health conditions that affect how their bodies respond to this drug. Some examples of the health conditions that may alter how hydroxyzine is processed and responded to in the body include problems with the liver and kidneys. Due to these underlying problems, older people may suffer from excessive sleepiness or increased confusion despite taking hydroxyzine in the recommended amounts. As a result, hydroxyzine is not usually prescribed to older adults, and if it is necessary, it is recommended to begin with a shallow dose.

Is it necessary to detox from hydroxyzine to stop its side effects?

The answer to this question depends on how severe the side effects are and where they stem from. A lot of people using hydroxyzine for a long time eventually end up becoming addicted to it. Despite suffering negative consequences, they cannot get off this medication due to its high addictive potential. For such people, enrolling in a quality detox program becomes essential as it can assist them in getting through the difficulties of a withdrawal. A detox process usually takes place in dedicated units or rehabilitation centers under the supervision of trained medical professionals. A comfortable and secure environment is provided to all patients so they can travel towards recovery in peace.

Why can’t I quit hydroxyzine at home on my own?

Many insist on doing an at-home detox from hydroxyzine on their own as it may seem more comfortable and manageable. You need to understand that quitting hydroxyzine, especially if you have been using it for a long time, might not be safe to carry out on your own. Doing so can lead to multiple side effects as your body withdraws from the drug, leading to complications that may require urgent medical attention. Hence, carrying out the procedure under expert supervision is imperative for a more comfortable and safer experience.