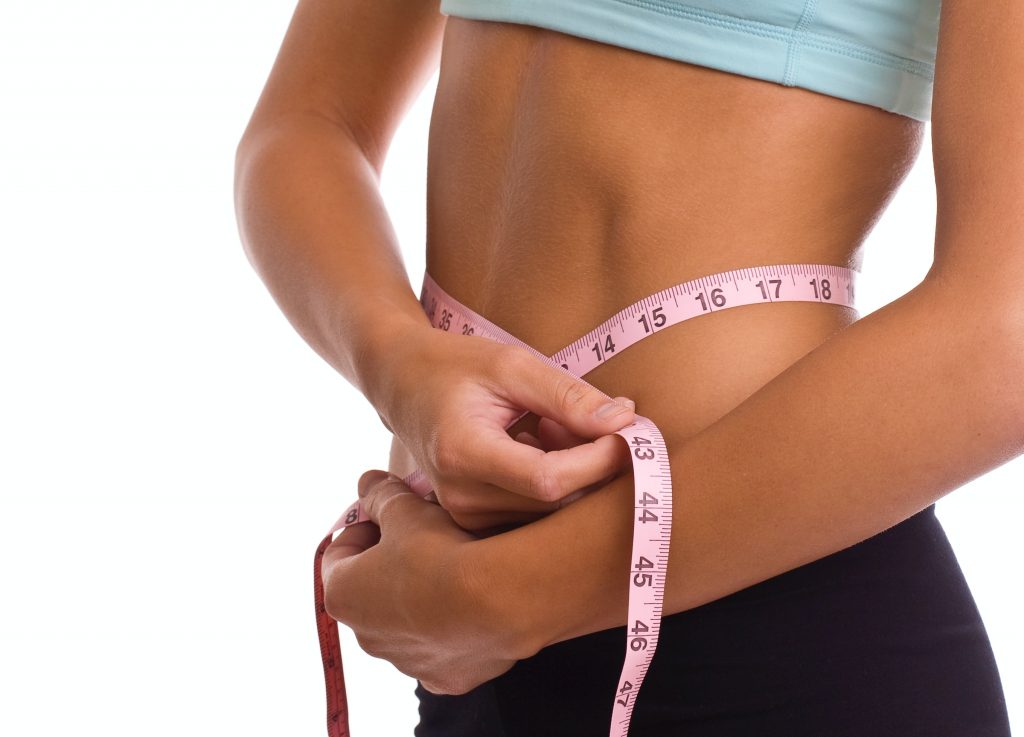 HomeFitness or Health Risk? The Side Effects of Hydroxycut

Fitness or Health Risk? The Side Effects of Hydroxycut

In an attempt to lose extra weight, many individuals seek help from supplements as an easy and quick fix. Many of these supplements claim to produce dramatic results in a relatively shorter period without the need to diet or exercise, and one such example is Hydroxycut.

Belonging to the family of dietary supplements exclusively advertised for weight loss, Hydroxycut is available in different formulations, such as protein bars, mixes, gummies, chewable gummies, and powder. With ingredients like green coffee, spinach extract, caffeine, and fiber, the company manufacturing it claims its immaculate weight loss benefits for everyone who tries it.

However, research investigating Hydroxycut’s true weight loss potential is limited. Moreover, multiple complaints have recently surfaced confirming the association of Hydroxycut with multiple potentially deadly side effects. For someone interested in using this line of weight loss products to get in shape, it is crucial to familiarize themselves with these potential Hydroxycut side effects for their health and safety.

The initial composition of Hydroxycut contained multiple ingredients that potentially led to multiple health-related concerns, like liver and kidney damage. While the company recalled its products and relaunched them with a safer composition, the risk of these health concerns persists.

Some of the most common Hydroxycut side effects include:

One of Hydroxycut’s most troublesome and particularly worrying side effects is a fast heart rate. Experts believed this side effect was a consequence of ephedra, an ingredient in the older composition. However, since the new Hydroxycut formula lacks this ingredient, caffeine is likely the culprit behind a racing heart. Some other potential side effects this supplement can exert on the heart include increased blood pressure, lowered blood pressure, and skipping beats. Numerous individuals who experienced these cardiac side effects reported relief as soon as they stopped taking Hydroxycut, further confirming the association.

Although rare, people have reported developing ischemic colitis due to using Hydroxycut as a part of their daily routine. Ischemic colitis is when the blood flow to a part of the large intestine drastically reduces due to blockage or narrowing of the arteries supplying it. Researchers have speculated caffeine as one of the possible causes of this side effect.

Different Hydroxycut products vary depending on the amount of caffeine they contain. While some may have no caffeine, others, like Hydroxycut Max Advanced for Women, may contain high 400 mg of caffeine, equivalent to drinking up to three cups of coffee. Since the daily limit for caffeine in most people is up to 300 mg, using certain Hydroxycut products may potentially trigger side effects similar to a caffeine overdose. These side effects include nervousness, irregular heartbeat, and shortness of breath.

The high caffeine levels in Hydroxycut can also lead to rhabdomyolysis, a condition in which the muscles in the body start breaking down. The byproducts released due to muscle breakdown can cause problems with the liver, metabolism, and blood circulation.

Seizures are another problem reported to the FDA by people taking Hydroxycut. Seizures refer to excessive jitteriness due to abnormal and sudden electrical activity in the brain, leading to brain damage and potential death due to airway blockage in the middle of an attack.

According to the information on the Hydroxycut product label, the supplement contains high levels of green coffee and caffeine. Both ingredients may induce restlessness and agitation in certain people, especially those who are sensitive to them or are not used to consuming them in significant amounts. The problem is likely to exacerbate for people who consume additional caffeine while taking Hydroxycut.

While some people may find this extra energy beneficial for weight loss during the daytime, it can become extremely problematic during the night. Restlessness due to Hydroxycut can even mess with the regular sleep cycles and induce nighttime wakefulness.

As reported by the FDA, people consuming Hydroxycut, even as recommended, are at a high risk of injuring their liver. Some common signs of an underlying liver injury include elevated liver enzymes and jaundice, which means yellowing skin, urine, and whites of the eyes. Other symptoms of this supplement damaging the liver include excessive weakness, fatigue, unexplained itching, etc. Additionally, certain digestive symptoms, like nausea, abdominal pain, light-colored tools, vomiting, and loss of appetite, may also indicate deteriorating liver health.

The FDA has reported that Hydroxycut is capable of causing liver damage so severe that the victims required liver transplants to save their lives. While many of these patients have survived and recovered after withdrawing this supplement, one death has been reported due to liver damage secondary to Hydroxycut use. Experts are yet to figure out the exact ingredient perpetuating this side effect.

Inside the body, a liver enzyme called CYP1A2 breaks down caffeine from Hydroxycut and induces its energizing effects. The more caffeine it breaks down, the more a person can burn fat and feel energized. If a person taking Hydroxycut simultaneously takes another medication that enhances the activity of CYP1A2, the levels of caffeine in the blood can shoot, potentially triggering an overdose. Some of these drugs include:

Even though caffeine possesses a certain degree of antibacterial effects, it can lower the benefits of certain antibiotics, such as benzylpenicillin, tetracyclines, and chloramphenicol, while enhancing the effects of others, like gentamicin, ceftizoxime, etc. At the same time, caffeine in Hydroxycut can also decrease the elimination of the following drugs to enhance their effects on the body negatively:

Most of the above-mentioned drugs, such as blood thinners and lithium, can potentially prove toxic if combined with something that leads to their overdose, such as caffeine. Moreover, alcohol and caffeine compete for the same adenosine receptors in the brain, which may successfully reduce some unwanted effects of both compounds. However, the combination may also increase the risk of addiction. Similarly, combining Hydroxycut with smoking also bears potential side effects as the high caffeine element in this weight loss product can combine with nicotine from cigarettes significantly increase the risk of heart disease.

Experts are still determining whether or not it is possible to keep consuming Hydroxycut products while minimizing the side effects associated with it. However, since caffeine is responsible for inducing most of the adverse effects of this product, one tip is limiting caffeine consumption as long as a person consumes Hydroxycut. For example, they may switch to decaffeinated tea or coffee, prefer water over soda, or avoid drinking caffeinated beverages altogether. Doing so may also reduce the milder side effects of caffeine, such as anxiety, nervousness, shakiness, insomnia, and rapid heartbeat.

However, it is important to bear in mind that the data regarding the safety of the daily and prolonged use of Hydroxycut needs to be improved. If you are particularly concerned about encountering Hydroxycut Hardcore side effects, speak to a healthcare provider to seek personalized guidance.

Despite the fact that the new Hydroxycut formula offers several strength-building and weight-loss benefits, the evidence supporting its use needs to be more convincing. All in all, the new formulation still carries a few risks, and its benefits are harder to pinpoint, especially due to a lack of information about the supplement’s exact formulation and quantities. The main ingredient responsible for most of Hydroxycut’s claimed benefits is caffeine which undoubtedly plays a role in weight loss but does not come without any unwanted side effects. Moreover, the dose of caffeine per serving of this product is equivalent to up to three cups of coffee, making Hydroxycut inappropriate for use by those who are highly sensitive to this ingredient, suffer from anxiety, or are known to have heart issues.

When it comes to weight loss, the best way to go forward is a well-rounded workout plan combined with a healthy diet. While supplements do seem to provide a certain degree of benefit to some people, experts always advise picking one with well-researched ingredients with good safety levels.

Why was Hydroxycut recalled?

In May 2009, the FDA issued a public warning to all consumers of Hydroxycut to withdraw the use of all products being sold under this label immediately. Following this, the organization recalled fourteen different products manufactured by the company. Some speculate that the FDA took this step after receiving 23 independent reports of people undergoing liver damage or liver failure secondary to the use of Hydroxycut products. The product underwent strict scrutiny at the hands of the FDA, which keenly observed each ingredient and its potential to trigger side effects. However, the company manufacturing Hydroxycut quickly withdrew its products, changed its composition, and launched the newly-assembled and presumably “improved” product in the market.

What are the side effects of using Hydroxycut on the kidneys?

Experts believe that Hydroxycut is particularly bad for the kidneys, especially after the FDA reported several adverse reactions that directly trigger kidney damage and other related issues. Therefore, individuals already suffering from kidney disease must refrain from using it.

Will there be any Hydroxycut gummies side effects on my heart?

Unfortunately, all products sold under the label of Hydroxycut carry the ability to cause irregular heartbeat due to their high caffeine content. While there haven’t been any reports of the supplement triggering heart attacks, people with pre-existing cardiovascular conditions must be wary about adding this weight loss supplement to their daily routine.