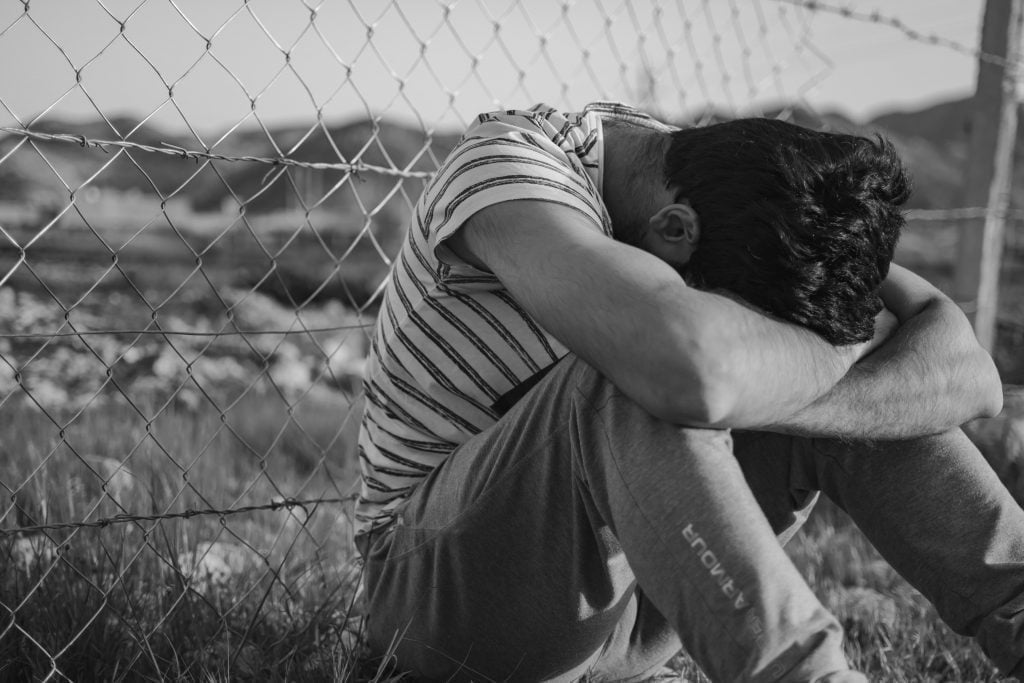 What do the symptoms of a Mental breakdown feel like? Well honestly, they make you feel like a completely different person!

Did you know that, according to the American Institute of stress, around 33-35% of people worldwide are constantly stressed out? It’s a shock to see such a huge number, just tens away from being half or 50% of the world. It is unfortunate that in the race to succeed we often forget we are but only humans. Our minds and body require rest and recreation. It is unnatural to be on the high horse all the time.

The most unbelievable fact about stress is that nobody is immune to it. Regardless of Age, Gender, Ethnicity, or Religion you can easily become engrossed in it if you’re not too careful and end up suffering from a mental breakdown, at the very least.

Everything you need to know about the symptoms of Mental Breakdown has been summed up in this article!

Previously, the term Mental Breakdown was used primarily to indicate a range of multiple mental illnesses. The reason behind this was the extensive effect of symptoms of Mental Breakdown that hardly any functioning system of your body was left unimpacted.

To get you best acquainted with the symptoms of Breakdown, we have mentioned each type in as much detail as possible!

Following are the symptoms of a Mental Breakdown of each type:

Physical Symptoms Of A Mental Breakdown

The most prominent among the symptoms of a Mental Breakdown is most often the physical symptoms. These can be easily recognized by you.

Some of the common physically associated symptoms are as follows:

Unexplained medical ailments are very prominent at times of stress. Having headaches and muscle pains usually present at the onset of a mental breakdown. This is because during a stressful period your muscles tend to tighten up and relax when the situation has cooled off.

However, if you’re constantly experiencing stress, your muscles might not get a chance to relax and resultantly you suffer from fatigue.

During times of stress, your body produces stress hormones such as adrenaline or cortisol to help you with the required amount of energy and function from the visceral organs. Meaning your cardiovascular and respiratory system so you’re able to get out of a stressful situation quickly.

However, this sudden increment of stress hormones has a depressive effect on your digestive system. The acid inside your stomach is increased which may cause acid reflux. Chronic stress also alters your food mobility through the digestive tract hence you may also experience nausea vomiting and diarrhea.

Diaphoresis is a medical term used to describe unusual sweating. It is a commonly observed phenomenon during a Mental Breakdown. It is because, during times of heavy stress, your body goes into flight or fight mode which in turn increases your body temperature.

This rise in temperature causes your sweat glands to produce sweat in an effort to cool down your body.

As mentioned before, when your body receives emergency hormones, it enhances the actions of your vital systems. The cardiovascularular system is one of them, this causes an increment in your normal frequency of the heartbeat. This phenomenon is known as tachycardia and is commonly seen during a mental breakdown.

Stress makes changes in your breathing to meet the demand made by your cells in times of stressful situations. The respiration becomes faster so that more oxygen can be dissolved in your blood and may be delivered to the rest of the body.

Stress has been one of the major risk factors for insomnia. Short-term stressful situations can result in temporary insomnia which may be reversible.

However, due to continuous exposure to stress, you may easily develop chronic insomnia which would require medication to be treated.

During a short-term stress period, your body shuts down your appetite. However, if you face chronic stress, your adrenal glands start producing more cortisol than required which as a result increases your appetite.

During a mental breakdown, you tend to be stressed all the time leading to constant production of cortisol and hence may develop a habit of overeating contrary to before.

Psychological Symptoms Of a Mental Breakdown

Psychological symptoms most commonly seen are described below:

Hallucination is a symptom of a psychiatric condition where you may hear or see things that do not exist in reality. The severity may vary from one person to another.

During a mental breakdown, your body becomes unable to perform even the day-to-day functions which means even the most minimal tasks might seem a chore to you.

This produces constant depressiveness which might lead to thoughts of self-harm or even suicide.

One of the common symptoms observed during a mental breakdown is a sense of depersonalization in the patient. It refers to the person unable to experience feelings of belonging to a certain place, any group of people or even your own body.

A person during mental breakdown experiences low self-esteem and frequent mood swings. The reason being the inability to get minimal tasks done. This results in the production of feelings of disappointment and self-doubt.

When things do go according to your plan you have a high tendency to lash out. Such is the case with people suffering from a mental breakdown; they are more prone to increased irritability and aggressiveness because of constant failure surrounding them.

Behavioral Symptoms Of A Mental Breakdown

When you are stressed out or tense about something you are unable to enjoy socializing to the maximum of your capabilities.

Similarly, going through chronic stress makes you want to withdraw from all social gatherings. You prefer to stay isolated and find ways that help you neglect your responsibility and offer you an escape from reality, such as Alcohol, cigars, etc.

In the list below, the predominant symptoms of each group are listed below:

Symptoms commonly observed in adults are:

Symptoms commonly observed in adolescents are:

During a Mental Breakdown, you are affected on every level of your existence. This means that the impact of a Mental Breakdown is so diverse that it almost causes changes in every system of your body. As a result, you will experience a variety of physical, emotional, and psychological symptoms.

These symptoms that you experience are your body’s way of telling you that you are stressed. If you look into the definition of a symptom, it is pretty evident that experiencing or suffering from any kind of symptom is not normal. This is because a symptom is defined as any physical or mental feature you observe in yourself or others that indicates a medical condition, disease, or disorder.

Therefore symptoms of a Mental Breakdown are not normal and neither is being overly stressed out all the time. These symptoms are an indication that something is wrong and you should get yourself checked by a doctor!

During times of immense stress, your body becomes unable to handle such high pressure constantly being provided with no relaxation in between. In the case of machinery, if you consistently keep your usage high with no recharging time between the intervals, it will ultimately lead to the end of battery life regardless of what the optimum half was in the beginning.

Your body also performs numerous functions throughout the day for all your life. However, just like any machinery, if you keep the working load too high with no relaxation, you will inevitably suffer from a dead end where your body fails to function normally.

Such is the case when you expose yourself to high stress consciously or unconsciously. Your mind keeps balancing your internal systems and maintains the equilibrium while you are stressed out.

However, if there is constant stress, your mind and body then become unable to cope with such a high demanding environment. It is at this stage that you begin to suffer from symptoms of Mental Breakdown and all hell breaks loose. These symptoms are a mirror for you to realize that you have been pushing yourself too hard.

It is known that more than a few symptoms of a Mental Breakdown overlap with symptoms of other psychiatric disorders or conditions. So what happens when you experience both simultaneously?

The psychiatric conditions that presented simultaneously with symptoms of a Mental Breakdown during this study were as follows:

After the research was completed, the following conclusions were drawn as a result:

Patients with Panic Disorder during a Mental Breakdown presented the following symptoms with a marked increment in severity and frequency as compared to the other subjects under observation:

Subjects that were associated with the affective disorder were more likely to observe the below-mentioned symptoms which had a more tendency to peak than other symptoms in comparison:

Individuals who had pre-existing Anxiety Disorders presented with much fewer panic-like symptoms as compared to the other psychiatric disorders. They also exhibited marked decrease in any kind of emotional anger.

In most cases, the presence of a Mental Breakdown suggests a time of immense stress exposure with little or no recreational intervention. If stress is the sole reason behind your Mental Breakdown, there is less to worry about. You can deal with your symptoms of Mental Breakdown, consult a doctor for a treatment regime, some lifestyle modifications and you’re good to go.

However, though infrequent, stress may not always be the only cause behind your consistent symptoms of Mental Breakdown. The reason may also be an underlying undiagnosed Medical Disorder or a condition.

This underlying medical disorder may be any of the following:

Your body communicates to you by producing symptoms.

Therefore do not make the mistake of taking them lightly. Especially if you are suffering from symptoms of a mental breakdown. In such a case your body’s response to stress is anything but normal and requires a prompt checkup.

Remember it is your responsibility to keep yourself healthy for yourself and your loved ones!

What are the warning signs of a Mental Breakdown?

If you are experiencing changes in your sleep cycle, your appetite and social interest then consider it a warning. All three are the most important warning signs of a mental breakdown.

What happens just before a Mental Breakdown?

Just before you go spiraling down in a mental breakdown, you find yourself fighting to keep yourself together until just when you can’t and all hell breaks loose. You may feel extremely overwhelmed and stressed out before you experience a Mental Breakdown.