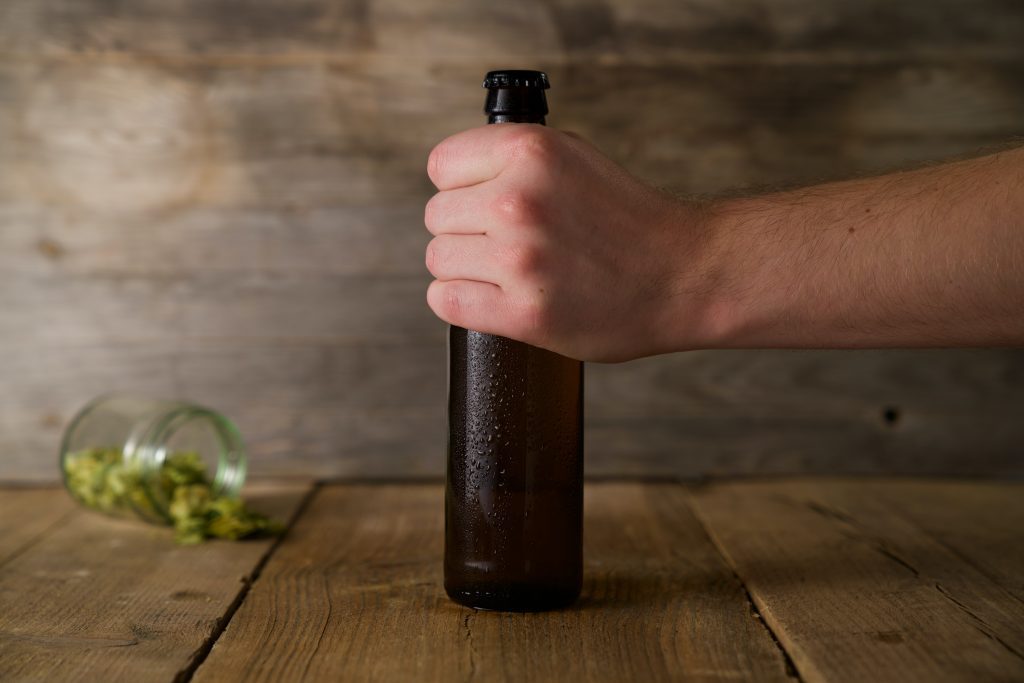 Medicines that belong to the class of tranquilizers and sedatives are used to treat psychotic ailments but unfortunately, more often than not these medicines are misused. Taking sedatives in doses higher than recommended should make one ready to face the greater challenges that lay ahead, in terms of deteriorating the mental state of a person by making them dependent on the drug and worsening of the current mental illness. Sedatives are highly addictive and drug abuse can lead to coma or death hence, they are heavily regulated and monitored by authorities and should never be taken without a doctor’s prescription.

Valium which is one of the most commonly prescribed drugs in the US is abused by many to achieve a ‘high’ or as a deliberate attempt at suicide. Moreover, Valium and Alcohol when taken together result in fatal consequences and should be avoided at all costs.

Valium is the brand name for Diazepam which is a benzodiazepine- a sedative that is used to treat anxiety disorders, insomnia, seizures, muscle spasm, and restless leg syndrome. It is further used to treat symptoms of acute alcohol withdrawal. Valium is a long-acting benzodiazepine which means that a person has to take fewer doses in a day to maintain its therapeutic effect as Valium stays in the body for a longer duration than other drugs of the same class.

Can you mix Lexapro and Alcohol?

Valium (Diazepam) is a fat-soluble drug, which means that it gets stored in the body’s adipose tissue (fat cells) and is released over time. Valium comes in 2 mg, 5 mg, and 10 mg tablet formulations that need to be taken orally and digested through the gastrointestinal system.

Valium is a depressant. It works by increasing the release of GABA which is an inhibitory neurotransmitter and hence depresses the activity of the central nervous system. A neurotransmitter is a chemical that transfers signals across your neurons (brain cells). When GABA levels are low your body gets excited and experiences anxiety, muscle spasm, and seizures. However, when GABA levels are high, they slow down the electrical impulses in the brain and as a result, the person experiences a tranquilizing effect, low mood, and drowsiness. Valium increases GABA and slows the rapid firing of impulses as seen in seizures and muscle spasms and creates a relaxing and soothing effect on the brain.

So, Valium is difficult to overdose when taken by itself since it has a relatively safer drug profile. However, the manner in which it is taken affects the dose at which Valium becomes lethal. For instance, if valium is crushed, smoked, and sniffed, and not taken orally, it goes directly into the bloodstream bypassing the metabolism in the gut and produces a quicker and much more potent effect. Furthermore, age is also a factor that affects drug metabolism such that older people are more prone to the adverse effects of Diazepam as compared to younger people because the metabolism is slower in senior adults and it takes longer for the drug to clear from their body and so the lethal dose of Valium is quite lower for adults as compared to younger people. For this very reason, The American Geriatrics Society lists benzodiazepines s as “inappropriate” for use in the elderly. In older people, Valium and other drugs of its class also increase the risk of falls and can impair memory.

Moreover, when Valium (Diazepam) is taken in excess, or with another drug such as opioids, or alcohol, it can result in deadly consequences which include brain damage, coma, and death.

The misuse of Benzodiazepines is on the rise and fatalities involve another drug along with benzo, usually alcohol. According to The Centers for Disease Control and Prevention, benzodiazepines like Valium were among the leading types of drugs used in suicide deaths between 2005 and 2007, and that 31 percent of suicides involved prescription drugs such as valium and alcohol.

Side Effects of Mixing Alcohol and Clonidine

It is reported by Chicago Tribune that between 1995 and 2015 the deaths from overdose of Benzodiazepine such as Valium increased seven-folds. This is an alarming statistic that needs prompt action and awareness.

When Valium is mixed with alcohol or any other depressant it slows down the activity of the brain and depresses all the autonomic functions such that it reduces the heart rate, breathing becomes shallow and labored which results in decreased oxygen to the brain leading to brain death or coma. Furthermore, the body temperature and blood pressure drop so low that the person becomes unconscious.

Valium is a safe drug if taken as prescribed, with a lower potential for side effects. But the risk of danger increases significantly if it is used simultaneously with other drugs. Alcohol also works on the GABA receptors in the brain and induces effects similar to Diazepam. Valium and alcohol complement each other and enhance each other’s effect in the bloodstream and this is the reason why people mix valium and alcohol. After combining valium and alcohol people get a greater punch of euphoria not knowing that what they are doing is extremely lethal and has deleterious consequences and it can result in coma or even death.

Ironically, Diazepam is used to treat alcohol withdrawal symptoms yet a person can get addicted to Diazepam since it produces effects similar to alcohol. It is seen that people usually keep on increasing their dose of Valium as tolerance develops to achieve the desired effect. However, if people are not able to achieve the ‘high’ by increasing the dose of the drug they then mix Valium with alcohol and it synergizes the effect of Valium and the person enters a state of temporary bliss, not realizing the potential side effects that result by combining both central nervous system depressants.

Opana Addiction and Side effects of Abusing Oxymorphone

Concomitant use of Valium and alcohol puts the user at a higher risk of dependency and addiction, hampering the brain’s activity which results in:

Alcohol and Valium both act by depressing the central nervous system by acting on the GABA receptor which is inhibitory in action and the brain stops its normal regulatory activity resulting in the person losing consciousness.

Like all organs of the body, the brain too needs oxygen for normal functioning and survival. However, when Diazepam and alcohol are taken together they depress the respiratory and cardiovascular system which disrupts the oxygen supply to the brain and results in brain damage and eventually brain death.

Combining alcohol and valium produces dizziness and slowing of the brain’s activity.

Overdosing Diazepam and alcohol results in the slowing of the central nervous system creating a tranquilizing effect and the person feels very light and drowsy.

Valium and Alcohol depress the respiratory centers which results in shallow breathing and the person experiences shortness of breath.

The motor centers of the brain are depressed by the action of GABA when a person consumes alcohol with diazepam. As a result, he will have difficulty in coordinating his limb movement, loss of balance, and abnormal gait.

Benzodiazepines such as Valium and alcohol are linked to amnesia (loss of memory), blackouts, and difficulty remembering events or learning new information

High doses of diazepam and alcohol are lethal and result in complete shut-down of the central nervous system and the person goes into a coma.

Drug abuse of the two ultimately result in death when the central nervous is depressed beyond recovery.

Long-term use of alcohol and Diazepam can destroy the liver cells and it results in the accumulation of both the drugs in the blood since their metabolism is hampered by liver damage. Your doctor will run tests to know about the state of your liver and will start medication promptly.

If you have any of the following problems you should not take Valium:

Valium abuse is becoming quite prevalent in the U.S because people presume that it is a prescription drug and is not illicit to use and they combine it with other substances not knowing that such a fusion is extremely lethal.

Fortunately, there is always a way to become sober and give up the addiction. There are recovery centers that are ready to welcome you and help you with overcoming your addiction by mitigating the withdrawal symptoms and providing professional help. Find your nearest detox center or call the helpline.

How long after taking diazepam can you drink alcohol?

Since Diazepam is a long-acting benzodiazepine its half-life is 48 hours which means it takes approximately 2 days for half of the drug dose to be eliminated from your body. On average, it takes roughly 6 to 10 days for the drug to be eliminated from the body and that is when you can drink alcohol so that it does not interact with Valium to produce the harmful consequences.

Is Diazepam same as Valium?

Yes, Diazepam is the same as Valium. Valium is the brand name of Diazepam which is a long-acting benzodiazepine.

Can you drink on Valium?

No, you cannot drink on Valium because Valium interferes and synergizes with alcohol thus multiplying its side effects many folds. You can go into deep sleep or coma or die because of mixing valium and alcohol.

What is the lethal dose of Valium and Alcohol?

The standard dosage is 2 mg to 10 mg taken by mouth two to four times per day. More than 40mg in a day is referred to as overdosing of valium. Moreover, Valium itself is not lethal but when combined with alcohol or other opioids it can result in deleterious consequences. The lethal dose of alcohol for a 60kg man is 300g which is equivalent to 30 standard drinks.