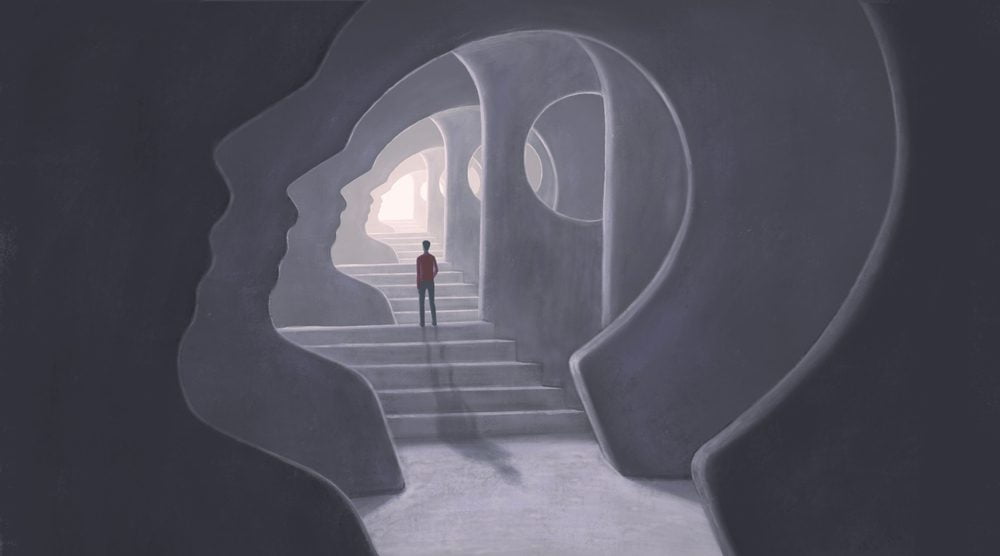 A general characteristic of loneliness is the emotion we experience when our demand for satisfying social contact and interactions is not met. Loneliness is not always synonymous with solitude.

You may choose to remain alone and live joyfully without much interaction with others, whereas others may consider this experience lonely.

Or you might have a significant amount of social contact, be in a marriage, or be a member of a family and yet still experience loneliness, particularly if you do not feel cared for or understood by other people.

Keep reading to know more on loneliness statistics in 2022, hard facts about loneliness, and how it affects our health.

Here are ten unexpected facts regarding loneliness that will alter your perception of this all-too-frequent but debilitating mental disease in 2022.

Over 60 percent of lonely adults are married. When married partners no longer share their most intimate thoughts, emotions, and feelings with one another, they may feel estranged and alone.  People in such situations believe that their partner cannot provide them with the intimate connection they desire. While their anxieties may be justified, they may also be the result of…

Our perspectives of our relationships are distorted when we are lonely. According to studies, simply asking individuals to recollect occasions when they felt isolated was sufficient to cause them to underestimate their relationships. These perceptual distortions frequently lead lonely individuals to withdraw deeper from the very individuals who could relieve their loneliness. In addition, their friends may be afraid to interact with them because…

Isolation is infectious in social networks. Loneliness carries a strong stigma; we are typically able to recognize and identify lonely individuals. A study indicated that during six months, both lonely persons and their acquaintances were pushed to the outside of social networks. Being forced in this manner “into the cold” has a remarkable impact on our bodies…

Loneliness leaves us feeling colder. According to studies, recalling a period when we felt lonely led participants to evaluate the indoor temperature as substantially colder. Even their normal skin temperature decreased. The concept of being “pushed into the cold” echoes our evolutionary background when exclusion from our communities, tribes, or clans meant being pushed away from the fire and the social group. Indeed, our bodies react dramatically to loneliness…

Loneliness tends to make our bodies feel as though they are under attack. Loneliness produces a rapid and strong physiological response. It raises cholesterol and blood pressure and stimulates our physical and mental stress reactions. That’s why…

Chronic loneliness raises our cardiovascular disease risk considerably. Chronically lonely persons have a considerably higher prevalence of cardiovascular illness over time since their bodies are now under constant and persistent stress. However, this is not the only physical effect of loneliness…

Our immune system is inhibited by feelings of isolation. Our immune systems perform less effectively when we are lonely, which, over time, increases our susceptibility to a wide range of diseases and illnesses. Even short periods of isolation affect our innate immunity, which is why…

A college freshman who felt lonely reacted less favorably to the flu vaccine. Even a few days of loneliness was enough to impair the immune function of new college freshmen, as those who reported feeling lonely had lower sensitivities to seasonal flu vaccines than students who did not report feeling lonely. The cumulative effects of loneliness on our bodies are so devastating…

Loneliness is just as damaging as smoking. Scientists have established that considering all of the severe ways in which loneliness affects our bodies, it poses as significant a risk to our long-term health and quality of life as smoking cigarettes. According to studies, persistent loneliness raises the chance of premature death by 14 percent.

The effects of loneliness on longevity are comparable to smoking 15 cigarettes daily.

Actual or perceived social isolation is a factor that contributes to early mortality. Loneliness, social isolation, and living alone are correlated with an overall increase in mortality risk of 26, 29, and 32 percent across genders and geographies.

A quarter of persons aged 65 years and older are socially isolated, and social isolation is connected with a risk of dementia that is around 50 percent higher.

Chronically lonely older persons with heart problems are nearly four times more likely to die; they have a 57 percent greater risk of emergency room visits and a 68 percent higher likelihood of being admitted to the hospital.

Poor connections resulting from loneliness or social isolation are related to a 32 percent greater risk of stroke and a 29 percent increased risk of heart disease.

In general, people with impairments struggle more with loneliness: 50% are lonely, and 1 in 4 experience daily loneliness.

One-third of autistic individuals report being socially isolated, indicating a prevalence of loneliness.

Chronic isolation can raise the likelihood of developing mental illnesses such as anxiety and depression.

Additionally, loneliness increases the likelihood of engaging in high-risk activities, such as substance misuse.

Despite a substantial overlap, loneliness and depressive symptoms are considered to be separate categories.

In a study using linear regression and network analyses, the association between depressive symptoms and loneliness was determined. The prevalence of loneliness (sometimes or frequently) and moderate depression were, respectively, 47 and 24 percent.

Nonetheless, depression is a heterogeneous condition with varying clinical manifestations, making the premise that a diagnosis can be made based just on the number of symptoms of depression an oversimplification.

Similarly, a growing number of studies argue that psychopathology must be addressed at the level of individual symptoms.

The profile of symptoms of depression most significantly associated with loneliness has not been carefully explored. This knowledge may have significant clinical ramifications. For instance, depressed symptoms may contribute to a decreased need for social support and maladaptive social cognitions which are the starting points for treatments that effectively combat loneliness.

Moreover, even though loneliness frequently accompanies depression, symptoms of depression may also serve as a primary cause of loneliness.

Does Loneliness Increase Your Chances Of Dying Early

This mental health issue has been demonstrated to affect physical health. A well-known assessment of data discovered that loneliness (the sense of being lonely), social isolation, and staying alone were major risk factors for premature mortality, with an increased possibility of death by loneliness between 26 to 32 percent. According to some estimates, loneliness is a larger risk factor for early death than obesity and is similar to the danger associated with smoking.

What Percentage Of People Die Alone

There are no particular studies, surveys, or data available to estimate the number of people dying alone. Based on the number of elderly people living alone from ages 50 to 80 years, it is safe to say that as many as 56% of the elderly in the given age group could potentially die alone.

How Many People Are Lonely

Based on a global poll, over 33 percent of respondents reported feeling lonely. Fifty percent of those surveyed in Brazil indicated that they frequently, always, or occasionally felt lonely.
Thirty-six percent of all Americans, including 61 percent of young adults and 51 percent of women with young children, experience “severe loneliness,” according to a report. Since the onset of the global epidemic, loneliness rose sharply and dramatically, which is not surprising.