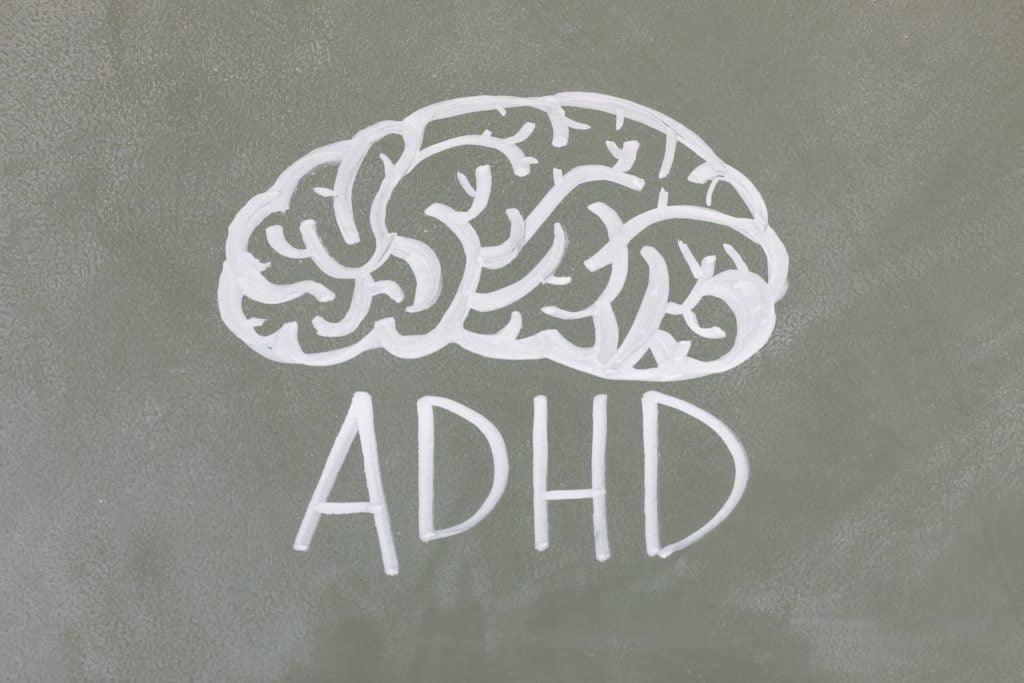 ADHD is also called ADD when there are no signs of hyperactivity in the individual with the illness. It is reported that around 11% of 4-17 year-olds in the US have ADHD, which equivalent to about 6,4 million youngsters. Adults, on the other hand, might have ADHD. This article will go through a detailed review of three types of ADHD.

The Psychiatric Association based in America has defined three primary forms of ADHD based on the following criteria.

The mainly inattentive Presentation of ADHD refers to adults who have significant issues with Inattention but few or no indications of hyperactivity. People with this kind of ADHD have difficulty paying attention to details, are often distracted, have a problem organizing or completing work, and frequently neglect basic responsibilities (such as making payments on time or receiving calls and texts).

Inattention can be detected by looking for the following signs:

Signs of Impulsivity include

If a person has hyperactivity, they may exhibit the following symptoms: Hyperactivity

A physician will diagnose patients with this Combined Type of ADHD if they fulfil the criteria for Primarily Inattentive ADHD and Primarily Hyperactive-Impulsive ADHD. In other words, individuals must display six of the nine symptoms specified for each sub-type.

A brief description of seven types of ADD is provided below

1. Classic ADHD (ADD). Classic ADHD is the first subtype. This personality type is characterized by disorganization, hyperactivity, distractibility, and restlessness. A youngster with ADHD will have trouble concentrating and may become overly involved in tasks that need to be accomplished. They are hyperactive and overactive even when they aren’t meant to be, and they may get into stuff they shouldn’t. They talk when they’re meant to be silent, blurt out whatever comes to mind, and otherwise create annoyance to others around them. These are the children who are most often diagnosed with attention deficit hyperactivity disorder (ADD).

Herbal tea, ginseng, Rhodiola, and the amino acid stimulant and fish oil with a greater Eicosapentaenoic to Docosahexaenoic acid can improve the condition.

2. Anxious ADHD:  this type is the combination of ADHD and anxiety. The youngster is susceptible to mental stress symptoms and physical exertion symptoms that include headaches and gastrointestinal problems. Patients may have difficulties reacting to diverse events that give them fear, and they might always assume the worse.

The basal ganglia, vast regions deep within the brain that help create dopamine, show a lot of activity when the brain is examined. Most varieties of ADD have little activity in that area, which is the exact opposite of this. They may unnecessarily worry about different tasks in life and scrap to move in various circumstances. These kids might freeze when they are pressured to perform something that might frighten them.

3. Inattentive ADHD – Children with this type of ADD have problems paying attention and focusing on what’s going on around them. Because they are not hyperactive, many patients may be unaware that they have Adhd. Rather, they appear to be daydreamers or slackers. They have a low level of motivation and may not advance as swiftly as other youngsters their age. Even yet, because they are not an attention seeker and can perch quietly for long periods of time, these youngsters may not be identified until they have a certain age.

The objective is to increase dopamine levels in this condition. Supplements like L-tyrosine are also recommended. Take these supplements on an empty stomach. Medication such as Adderall, Vyvanse, or Concerta can also be prescribed.

4. Ring of fire ADHD: In this subtype of AHDH, the patient not only has ADHD symptoms but also has strong inner emotions. Teenagers may get easily distracted, or they may get impatient or irritable easily. They might be stiff or verbal. They may have mood swings that seem routinely to coming, going or becoming aggressive. They may also become sensitive to light, sound, touch and clothing.

In general, this kind of ADD appears to be caused by the brain becoming too excited due to too many activities. Their entire brain is overstimulated. The prefrontal cortex and many other brain areas are too active since it appears as a ring of hyperactivity around the brain MRI.

5. Over-focused ADHD: These youngsters are affected by ADHD but may also show signs of stagnating for too long on the opposing side of the issue. They may be unable to transition from one topic to another, or they may be combative. They may become locked in thinking loops, particularly negative ones, and they may be pretty rigid. Because they tend to get too focused on a single item at a time, they might become compulsive and may also be disobedient or worry constantly.

Treatment requires increasing the serotonin and dopamine levels in the brain. Treatment is difficult. On a stimulant prescription, people with over-focused ADD become more agitated and concerned. They should take vitamins like L-tryptophan, 5-HTP, saffron, and inositol. If vitamins do not alleviate symptoms, prescription medicines like Effexor or Cymbalta are recommended. Precautions are to avoid consuming high-protein dishes of this kind since they might make patients angry

6. Limbic ADHD. This type defines ADHD as low-grade depression, although it is not commonly referred to as such. These youngsters will suffer negativity, a lack of enthusiasm, and a shared sense of identity. They may feel worthless and hopeless, and they are more likely to see things negatively. While they are not regarded as depressed, they may exhibit signs of profound sorrow and poor mood. These sensations are produced by excessive activity in the limbic region of the brain. It may be feasible to reduce some of these ideas by lowering activity in this location.

For this sort of ADD, Wellbutrin is the most preferred medicine. Researchers believe it works by raising dopamine levels. Imipramine is another treatment option for this condition. Exercise, fish oil, and a well-balanced diet can assist a person with Limbic ADD manage their stress.

7. Temporal Lobe ADHD – This type of ADD represents symptoms of depression as well as anger, hostility, paranoia, and mood inconsistency. These youngsters may exhibit signs of memory loss or see and feel things that do not exist. They may have unstable thinking or gloomy ideas. You may also note that they are prone to rage and may exhibit severe rage. This kind of ADHD is caused by a malfunction in the temporal lobe of the brain, which impacts the child’s development and understanding of how to act.

Taking magnesium, which is deficient in 80 percent of the population, can assist with anxiety and irritability. In addition, anticonvulsant medicines are frequently administered to treat mood swings. Ginkgo and vinpocetine are mostly recommended for learning and memory issues.