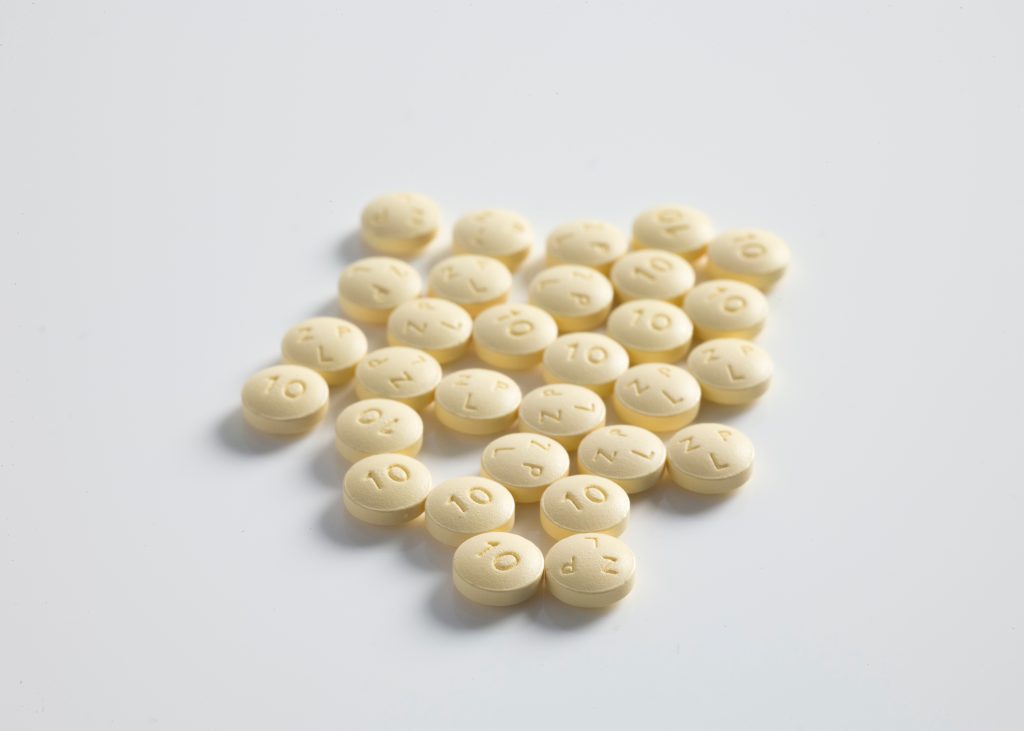 Zolpidem is a non benzodiazepine Z drug that has sedating and hypnotic properties. It works by increasing the release of GABA to the central nervous system and thus inducing sleep. Zolpidem is medically used to treat sleep disorders such as insomnia in adults. It is often prescribed for short-term treatments due to the possibility of developing tolerance and dependence.

It is sold in generic form and under several brand names including, Ambien, Stilnoct, and Connect. Zolpidem comes in tablet form and as a spray with different release times and dosages. Zolpidem was approved for medical use in the United States in 1992. It became available as a generic medication in 2007.

The drug is listed as a Schedule IV controlled substance under the Controlled Substances Act of 1970 (CSA). The makers of Ambien designed and marketed the drug as a less addictive substitute to benzos for people suffering from sleep disorders. The estimated number of prescriptions in the USA is 12,877,940.

Zolpidem has been observed to improve measures of sleep latency, sleep duration, and reduce the number of awakenings in patients with insomnia. It improves sleep quality in patients with chronic insomnia as well and can act as a muscle relaxant and sedative

What are the side effects of Zolpidem?

Despite its widespread use as an alternative to Benzos and other addictive drugs, Zolpidem has many health risks and potential for dependency. These side effects range from mild to life-threatening depending on the age of the user, the dosage, and the duration of us. The less serious side effects include:

The drug can sometimes lead to adverse side effects, especially when abused in higher dosages. Studies have shown that Zolpidem can lead to depression or can worsen preexisting depression. Suicidal thoughts and behaviors have been observed in individuals put on Zolpidem. Other depressive symptoms include:

Other psychological effects have also been exhibited such as hallucinations (seeing or hearing things that aren’t there).

In some individuals, reports of doing activities while asleep or unaware and have no recollection of the actions done. These activities can be life undesirable and even life-threatening:

It is also dangerous to drive the next day after taking Zilpedom because the effects of sedation can remain and impair cognitive and motor activities. A study in South Korea reported that taking zolpidem for sleep showed a significantly increased risk of fatal motor accidents the following day. In the USA the number of zolpidem-related emergency department (ED) visits involving adverse reactions increased by nearly 220 percent from 6,111 visits in 2005 to 19,487 visits in 2010.

The potential for tolerance also increases the chances of dependency. When previous dosages fail to create the desired effects, the person might take higher doses more frequently which can lead to habit-forming and dependency. A dependent person will take the drug at more regular intervals even when insomnia symptoms are absent.

When a dependency is developed, abrupt withdrawal may cause several side effects:

The effects are more severe when the drug is used for prolonged periods and at high doses. Dependence on zolpidem requires medical attention to prevent complications. Treatment usually entails a gradual dose reduction over months to minimize withdrawal symptoms, which can be similar to those seen during benzodiazepine withdrawal. Ironically, the use of some medications can relieve the effects of withdrawal in certain cases.

The most serious side effects of tolerance and dependence are that an individual might suffer from an overdose to the high dosages she or she takes. The risk is highest when other drugs are also at play. In cases of overdose, a person can fall into a coma. In rare cases, Zelpidem overdoses can be fatal. If you are looking for help with addiction for you or a family member, take a look at our website.

“Guidance on the use of zaleplon, zolpidem and zopiclone for the short-term management of insomnia”. NICE. 28 April 2004.